The Croatia Under-21 international recently featured against City’s Under-19 side in the Champions League group stages, grabbing an assist in a 2-2 draw.

This, as reported by ​Sky Sports, was enough to catch the eye of the Manchester City scouting team, with the Cityzens joining Chelsea and Villarreal in monitoring the talented teenager.

Marin has featured sparingly for Dinamo’s first-team this season, making four appearances in their opening ten fixtures of the season. He has fierce competition for regular places in Zagreb, with Spain Under-21 international Dani Olmo among the talented youngsters currently on the club’s books.

Olmo has been linked with big money moves to mainland Europe after starring at the European Under-21 Championship this past summer; Champions League finalists ​Tottenham among those credited with an interest.

City, meanwhile, may be looking at giving more opportunities to youth after seeing a number of teenage prospects lured away to the Bun​desliga in search of regular first-team action. Jadon Sancho and Rabbi Matondo are the two highest profile names to up sticks and leave the Etihad for Germany, while Tom Dele-Bashiru opted to run down his contract in order to join Watford.

Manager Pep Guardiola recently admitted that he’d like to give Phil Foden more opportunities in the City first-team, but finds it difficult to accommodate the young England star with Kevin De Bruyne, David Silva and Bernardo Silva among a raft of top European talent vying for places in his side.

He also controversially claimed that City ​won’t be able to compete for trophies if they play academy products, insisting he needs his more senior players to provide stability.

In the case of Sancho, who moved to Germany much earlier than Matondo, moving away has proven to be the right decision. For Borussia Dortmund, he has become a standout figure on the right wing – and forced his way into Gareth Southgate’s England setup, where he is now a regular starter. 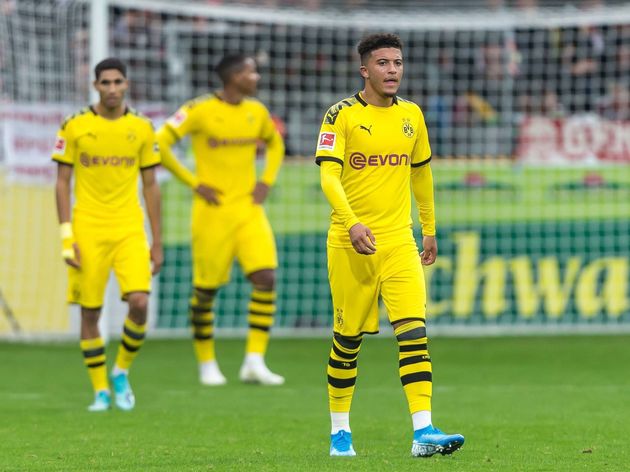 Foden has been restricted to just one Premier League appearance, as well a solitary Champions League showing – ironically against Dinamo, whom he scored the second goal against in City’s 2-0 group stage win.

As for Marin, he has been capped twice at Under-21 level for Croatia and is tied down to a long-term deal in Zagreb, running until 2024.