So…what is the Monday Poll?

Excellent question! It isn’t, contrary to its name, an actual poll, like with little clicky buttons. It’s just a list of five more or less random questions I’ve been posting on this blog every Monday morning for the past quadrillion years (since 2007). I love reading your answers, and it helps me get my week off to a good start.

1. How well do you pull off slang?

Oh, boy. Ha ha ha! I can’t help but laugh at this question, because at one point in time I felt like I was “hip” (she says awkwardly!) to the slang here in the Bay Area, but now I just… I don’t think I can do it anymore. I just feel awkward when I try it, and sometimes, I swear, I don’t know what people are saying! You know it’s probably time to retire your slang habit when you do things like google, “Why do kids say Gucci.”

I mean, I will occasionally still throw a “hella” here and there, just because it’s part of my vocabulary DNA (Hey, man, what can I say? I grew up in the East Bay.), but I generally don’t use as much slang as I used to.

Most of the time, anything with a coral undertone and a matte finish.

Mmm… I love me some bright coral-reds. MAC has this one called Relentlessly Red, and it is perfection in a tube. 💄

3. Do you think you could successfully handle being a member of a royal family?

HELL, NO, GIRL. I would be the one sister who’s the black sheep of the family because she’s always doing stuff she’s not supposed to and chillin’ with inappropriate company because I don’t like being told what to do.

And from my understanding based on the Disney princess movies and every single show I’ve seen about the British Royal Family, every public move is choreographed, and I would have a difficult time with that. I mean, maybe there’s a slight chance I’d get in line eventually… Slight chance.

4. What do you think of hair vitamins?

Hmm… I know they’re a thing now, but I’ve never tried them myself.

I will say this though: my hairstylist friend Alis says that she’s seen a huge difference in her clients who take the Viviscal hair vitamins. Also, from my personal experience, when I was taking prenatals consistently, my hair was thick and luscious and strong.

5. Something you do when you need to be brave?

This is gonna sound silly, but it works for me. When I’m really scared but have to put a brave face on, I’ll sit in a quiet place (sometimes it’s my car), and I’ll say out loud to myself over and over again, things like, “You can totally do this. You’ve got this. You are so strong and brave.”

And I’m also a firm believer in “fake it ’til you make it” in these situations. Like, if you need to be strong, act like you are strong, even if you don’t feel like it, and I swear, you’ll start to feel legitimately stronger after a while.

This dog is my spirit animal

This magnet makes me laugh (I saw it at Copperfield’s bookstore in Petaluma)! This color is totally a his-or-her color. It reminds me of the time I was making dinner, and it got suspiciously quiet in the living room where Connor was playing… When I looked over at her, she had red marker all over her lips, and when I asked her what she was doing, she said, very matter-of-factly, “I’m putting on red lipstick.” 😂 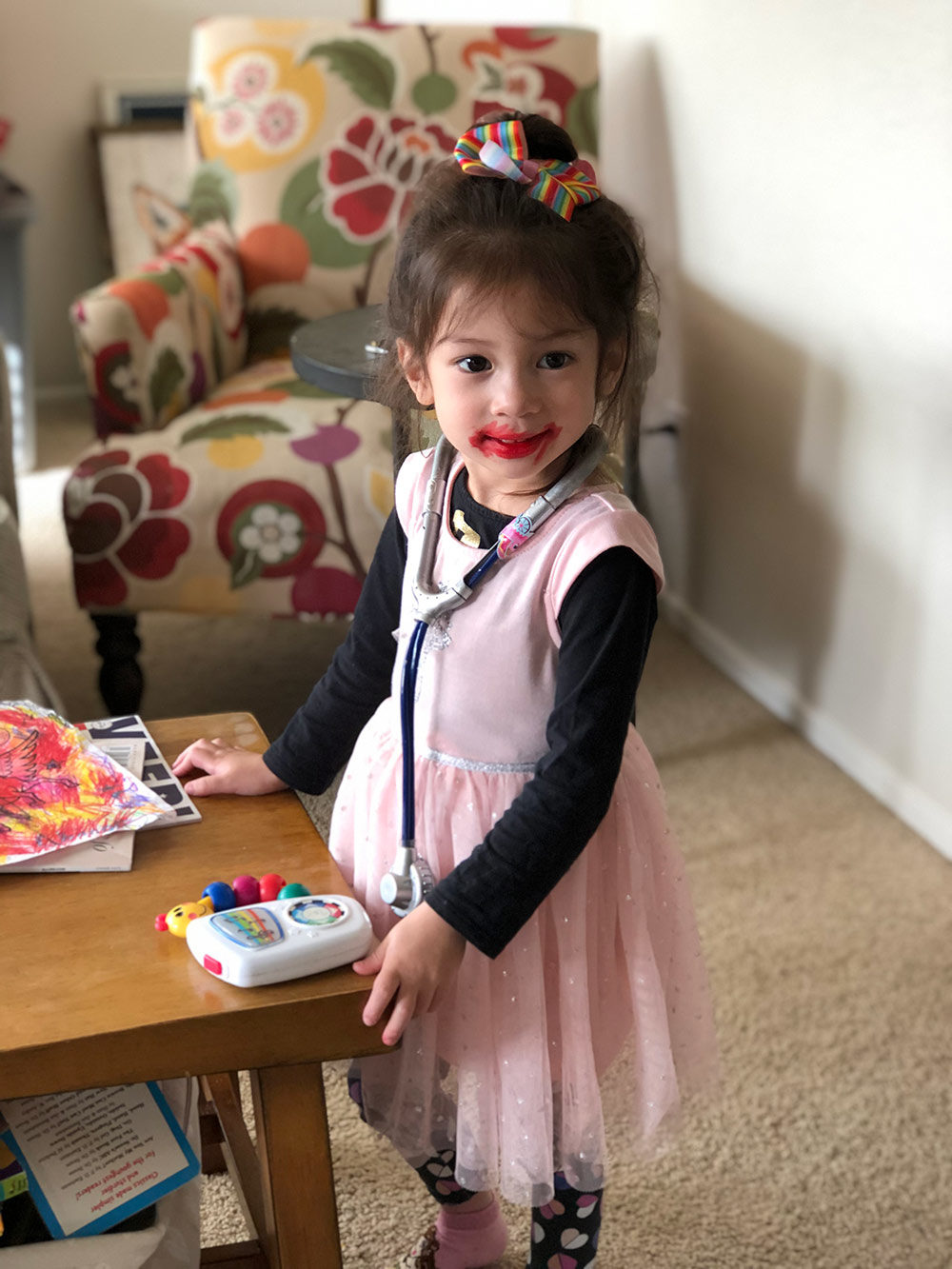 Hey, wanna make a pact with me to wear red lips one day this week? Who’s in?

P.S. Question time! Here they are to copy/paste with your answers in a comment. Talk to ya soon!

1. How well do you pull off slang?
2. What’s your favorite red lipstick?
3. Do you think you could successfully handle being a member of a royal family?
4. What do you think of hair vitamins?
5. Something you do when you need to be brave?

« 3 Tips to Keep Your Manicure Chip-Free and Fabulous
Sundays With Tabs the Cat, Makeup and Beauty Blog Mascot, Vol. 573 »