​Liverpool defender Trent Alexander-Arnold has said that he owes Reds manager Jurgen Klopp ‘everything’ after a monumental rise over the last two years that has seen the home-grown youngster become one of the best right-backs in the world.

A debutant at 18 in 2016, Alexander-Arnold had not long turned 19 years of age when he became a regular starter in Liverpool’s first-team.

Having celebrated his 21st birthday this week, he has already played in two Champions League finals and was part a key part of the side that amassed 97 points in the Premier League title race last season – that side has now won 17 consecutive league games since March.

Alexander-Arnold is under no illusion about the role Klopp has played in his fledgling career.

“[I owe him] everything, really,” the Liverpool star is quoted as saying by Sky Sports.

“Without him, who knows what would have happened. He’s the one that’s given me the most opportunities – more opportunities than I could even ask for. He’s put a lot of trust and faith in me personally and I’ve tried to repay him every time he’s done that.” Much like Andrew Robertson on the opposite flank, Alexander-Arnold has flourished as an attacking full-back in Klopp’s tactical system. He is prolific when it comes to assists and laid on 16 goals for his teammates in all competitions last season. He’s already got another three so far this term, as well as finding the net himself in the recent win against Chelsea.

Yet there’s more to it than just individual stats, with Alexander-Arnold keen for a more tangible legacy. That means winning ‘as many trophies as possible’.

“I think the main thing is winning trophies,” he said. “Wanting to leave a legacy behind and wanting to feel as though you’ve had an impact on club and country and be remembered.” 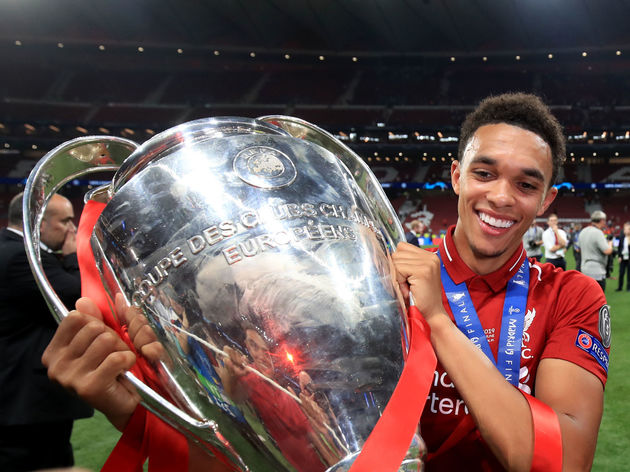 Aside from Liverpool, Alexander-Arnold was a fringe member of the England squad that finished fourth at the 2018 World Cup and is an established regular in a side that reached the UEFA Nations League finals and is aiming to go one better at Euro 2020 next summer.