Liverpool star set to return from injury against Manchester United

Liverpool star Mohamed Salah is expected to be fit to face Manchester United after the international break.

The 27-year-old limped off late in the Reds’ 2-1 win over Leicester City on Saturday after a tackle on his Achilles by Hamza Choudhury.

Boss Jurgen Klopp was angry with the challenge, telling reporters: “This kind of challenge to me – I don’t want to speak anymore about the player – but this has to be a red card. It is just too dangerous.” 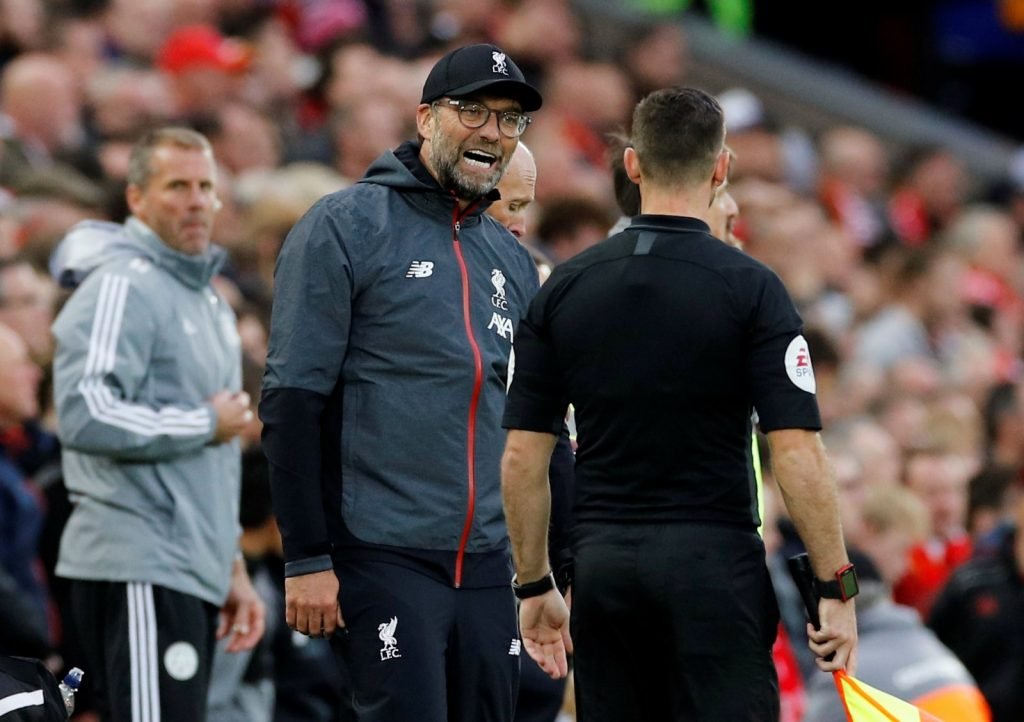 Klopp was incensed by the tackle on Salah.

However, The Mirror report that the forward seems to have avoided any serious injury and should recover in time to face the Red Devils at Old Trafford on Sunday October 20th.

It just means that Salah, who’s scored six goals in all competitions this season, will miss his country’s friendly against Botswana on October 14th as he gets treated by Liverpool’s club doctors.

The Merseyside outfit currently sit eight points clear at the top of the Premier League after just eight matches thanks to James Milner’s 95th minute winning penalty against Leicester.

It’s the third successive league match Klopp’s side have won by just one goal – a great indication that they have what it takes to grind the results out needed to lift a first top-flight title since 1990.