​Leicester midfielder James Maddison has posted a jovial story on Instagram suggesting the penalty awarded to Liverpool in the weekend clash at Anfield was perhaps fortuitous.

The Foxes were on course to pick up a surprise point against the Premier League leaders, only to see their hopes dented by the award of a stoppage-time penalty – after Marc Albrighton was adjudged to have fouled Sadio Mane.

James Milner stepped up to calmly tuck away the spot kick, earning a 2-1 victory in the process. But it now appears that 22-year-old Maddison isn’t so sure the decision was correct – and took to Instagram to share his feelings in a short story post involving England teammates Ben Chilwell and ​Jordan Henderson.

With his tongue very much in his cheek, Maddison posted a picture of the duo – alongside the caption ‘Never a pen was it Hendo’ – smiling and laughing with each other.

Despite being referred to VAR, the decision was not overturned – as referee Chris Kavanagh had not made a clear and obvious error in awarding the kick.

Leicester have enjoyed a superb start to the season, with Maddison in particular impressing during the first eight games of the season. The Foxes are currently fourth, despite the late defeat on Merseyside, after picking up 14 points – spread across four wins, two draws and two defeats.

Liverpool, meanwhile, are on cloud nine after victory extended their winning streak in the Premier League tor 17 games – nine at the back end of last season, and eight this term. 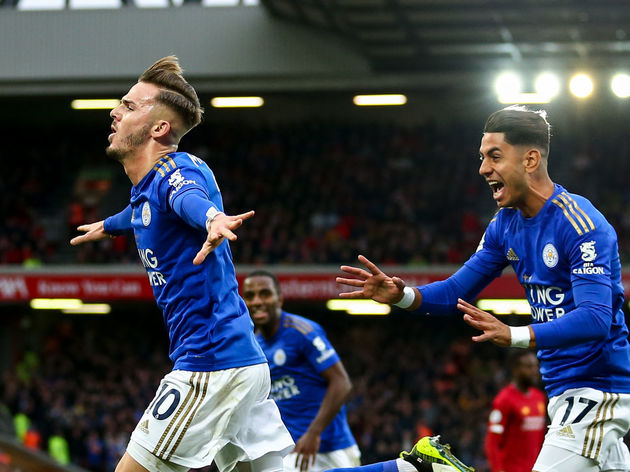 The Reds have opened a whopping eight point league at the top of the table, with Manchester City surprisingly slipping up against Wolves at the Etihad Stadium.

For now, Maddison will turn his attentions to international duty – as he looks to earn a first international cap for England against either Czech Republic or Bulgaria in the Three Lions’ latest Euro 2020 qualification games.