Liverpool midfielder Georginio Wijnaldum admits it would be nice to make things easier for themselves after edging another tight encounter to maintain their 100 per cent start to the season. 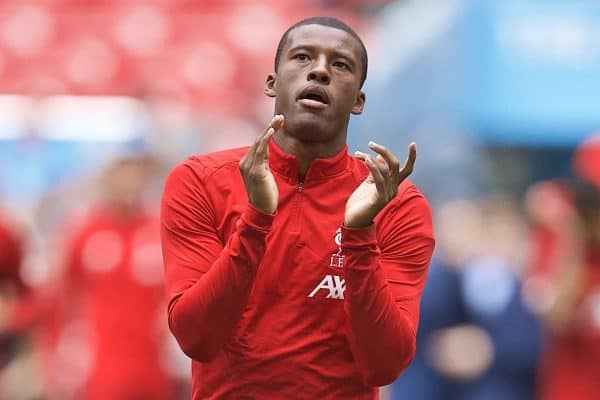 James Milner’s added-time penalty snatched a 2-1 win over Leicester on Brendan Rodgers’ first return to Anfield, four years and a day after he was sacked as Reds boss.

It was the third time in a week Jurgen Klopp’s side had edged a game by a single-goal margin after they benefited from a goalkeeping error at Sheffield United last weekend and had to bounce back from letting a three-goal lead slip to beat Red Bull Salzburg 4-3 in the Champions League.

“I’m not really worried because we’ve shown we can fight until the end,” said Wijnaldum after a 17th successive Premier League win, one short of Manchester City’s record, and an eighth on the bounce this season.

“But of course we want to make it easier for ourselves during the games by scoring more goals and playing good football and open up a gap between us and the other team.

“But we just have to go out and deal with the situation.

“We already showed it a few times this season but we hope to make it easier for us during the games, but until now it didn’t happen often.

“We’ve had games like this where we have had to fight until the end and win the game. We did it again but we hope to make it easier.”