​’Tell you what, lucky I brought in Aaron Connolly at the last minute,’ said no-one ever.

Instead of the big-value players coming up ‘clutch’ for FPL owners this week, it was the lesser, third bench spot players that delivered big-time.

Most owners would’ve seen four-point showings from their skippers, as Sadio Mane was the only player in the ‘top 20 most valuable’ to reach double figures this week.

After drawing another blank, it may be time to let Teemu Pukki go and start off fresh after the international break. Similarly, another two-pointer from Burnley’s Ashley Barnes may be the final straw for most FPL owners, who undoubtedly brought him in after his bright start to the campaign.

Oh, and by the way, it may be best not to talk to any Kevin de Bruyne owners for a while. Ben Foster (10pts) – If you still have Foster after the start Watford have made to the season, then your questionable management has finally paid off. The Hornets came into this one with a mere 20 conceded and no clean sheets. However, Foster’s three-save performance helped him secure maximum bonus points and Watford’s maiden clean sheet this season. David Luiz (15pts) – Arsenal’s summer signing scored after nine minutes against Bournemouth on Sunday, heading home from a Nicolas Pepe corner. That goal, surprisingly, would go on to be the winner, as the Gunners edged out a tense affair. Luiz being the only viable candidate for the maximum bonus after his winner and a clean sheet.

Jetro Willems (12pts) – Playing as a left wing back, Willems is a player that may tempt FPL owners. He gets himself dangerously high up the pitch, but on Sunday, his neat work on the counter directly led to Matty Longstaff’s debut goal for the Magpies. Another defender who secured himself the maximum bonus this weekend.

Lewis Dunk (10pts) – I suspect Dunk may have been a prime bench candidate with many owners expecting a big response from Mauricio Pochettino’s Spurs on the weekend. Instead, the Seagulls dominated proceedings with Dunk putting in a stout defensive shift, as per. A clean sheet and an assist helped him to two bonus points. Although his man-handling of Harry Kane was thoroughly enjoyed online, it also got him booked which would’ve slightly, only slightly, annoyed his owners. 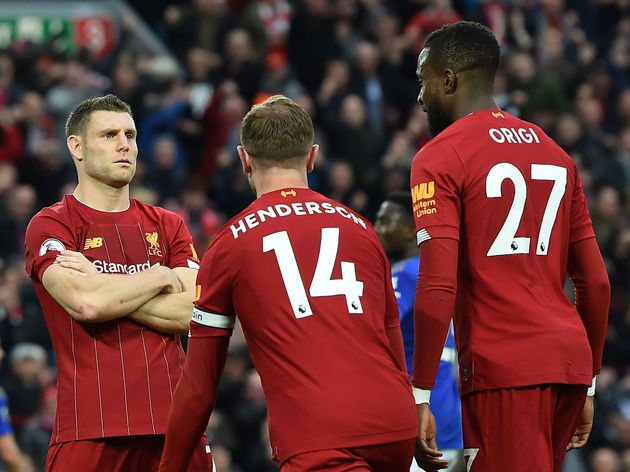 Adama Traore (16pts) – The man not exactly known for being prolific in the final third bagged himself a brace at the Etihad, sending Liverpool eight points clear at the top. His two late goals on the counter also earned him three bonus and his 16-point tally was gameweek eight’s highest.

James Milner (13pts) – My word, how good is he from 12 yards. However, his winner from the penalty spot wasn’t his only contribution, also setting up Sadio Mane with an inch-perfect pass in behind Leicester’s defence for Liverpool’s first. As it looked like the Reds would drop their first points of the season, the Mane-Milner combination delivered once more, the former winning a ‘soft’ penalty which Milner slotted home. Assist, goal, max bonus – what more could you want?

Sadio Mane (12pts) – Finally, a player that might have been in many owners’ starting XI. Like Milner, the Senegalese had a goal and assist, but his Liverpool counterpart prevented him from taking home all three bonus, with Mane being forced to settle for two.

Conor Hourihane (11pts) – In a week where Villa’s John McGinn was one of the most ‘transferred in’ players. It was his teammate, Hourihane, that stole the show in midfield. Typical. The Irishman set up Wesley’s and Villa’s second before netting their fourth with an emphatic drive from just outside Norwich’s box. Wesley also robbed him of another assist, the Brazilian missing from 12 yards after Hourihane was brought down in the box.

Matthew Longstaff (10pts) – One of the major emergers this week. Sean’s little brother Matty scored the winner against United on his Premier League debut, rounding off a swift Newcastle counter after some tidy work from Willems. A day he’ll never forget and one that his owners (if any outside his immediate family), won’t forget for a while. 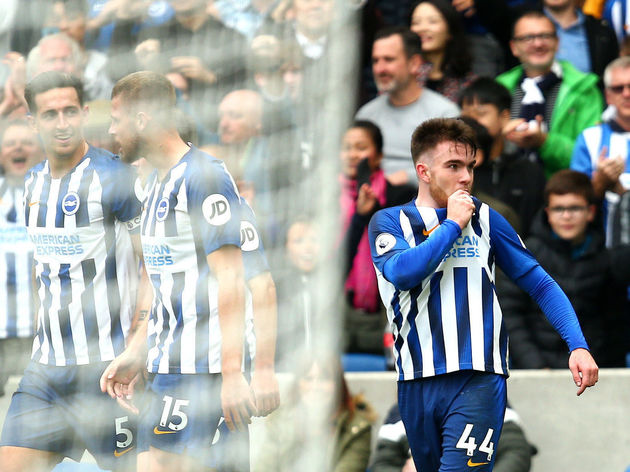 Wesley (14pts) – A fantastic showing from Villa’s target man. Two first-half goals secured him eight early points, but he failed to make it 12, as Tim Krul denied the Brazilian from the spot, taking two off his total. Nevertheless, his assist for Douglas Luiz’s wondergoal ensured he gained the three bonuses and 14 points overall.

Aaron Connolly (13pts) – Spurs fans should’ve seen this coming when the teams were announced. A 19-year-old debutant to score a brace and send your club deeper into crisis, it was always going to happen. Connolly’s first was all about instincts, reacting first to the loose ball after Paulo Gazzaniga parried his initial effort, whilst his second was Serge Gnabry-esque. Connolly latched onto Dunk’s long-ball before going one on one against Toby Alderweireld on the left, ring any bells Spurs fans? Brighton’s number 44 cut inside the Belgian, opening up the perfect angle for him to finish into Gazzaniga’s bottom-left corner, which he did, perfectly.

« Fixing Tottenham: Every Move the Lilywhites Need to Make to Solve the Current Crisis
Ederson Rues Loss of Aymeric Laporte to Injury as Man City Defensive Cracks Begin to Show »