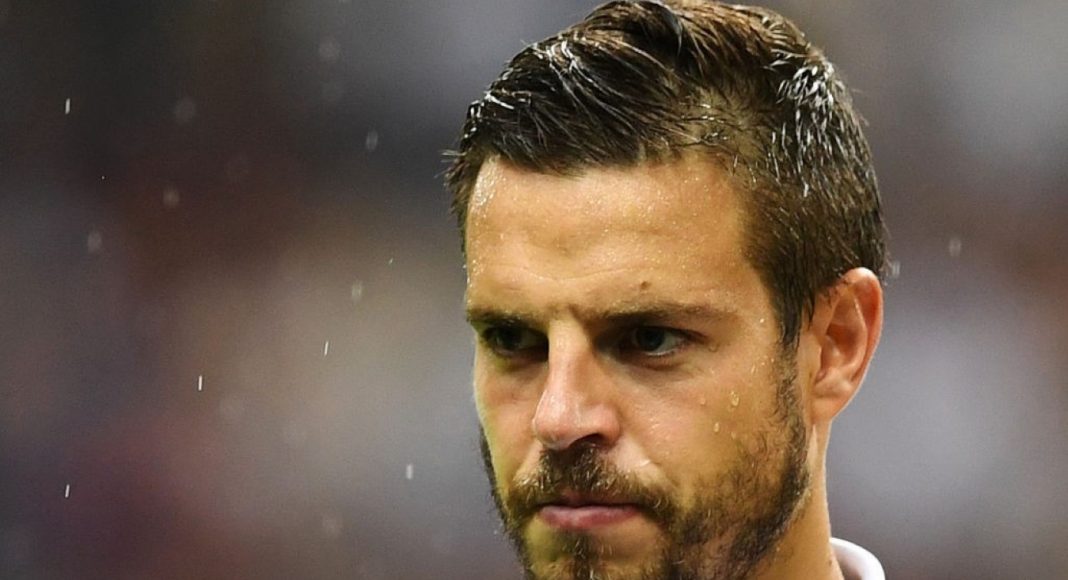 Chelsea’s defending has been poor since the start of preseason, and all manner of factors have been at play.

There’s been changing personnel and formations, injuries, a lack of experience from both manager and players. The bad form of Cesar Azpilicueta has played into it too. The usually reliable captain has been off his game, but we reckon he’s set for a strong return over the next month.

A game of 2 touch vs my friend @nglkante ⚽⚽ We had a few points that we disagreed on, as you can see! #alwayscompetitive 💪🏻🔵 pic.twitter.com/JMDxEXaqxH

Why? Well firstly we’ve already seen a big improvement. Against Valencia we were beaten by a goal from a set piece, cancelling out some really dominant play from the Spaniard through the 90 minutes.

He carried that form into the Liverpool game, where he was effective in shutting down Sadio Mane at the back, as well as getting forward to pick up an assist and even score a later disallowed goal. According to stats site WhoScored he and N’Golo Kante were the only players to score above a 7 for the Blues.

NO GOAL! Azpilicueta has the ball in the net, but VAR decides it doesn’t count #CHELIV pic.twitter.com/Vz2sOHHFda

That return of confidence will be massive for Azpi, as will the really juicy fixture list coming up. We’ve faced some strong teams so far this season, including Man United, Liverpool, Leicester and Wolves. Now we’ve got a hopefully easier run, our defender should all be able to keep up his improved form.

There is also the return of players around him which will strengthen the team’s defensive capability. Kante’s presence on Sunday took the team up a level on Sunday, and against lesser teams will be enough to shut down their attacks entirely. Antonio Rudiger is still out, but the emergence of Fikayo Tomori as a good option to Azpi’s left will help too.

A good, balanced piece on Azpilicueta from @SJohnsonSport after yesterday’s game. Despite some seemingly being keen to retire him at 30, he’s still got plenty to offer https://t.co/DRNoIjpexQ #cfc

The return of these players will also hopefully spell a more stable formation and lineup, allowing familiarity which breeds defensive solidity. The constant shuffling so far has been necessary, but unhelpful for the players trying to get their heads into the new system.

With any luck, these various factors will align to give the former Marseille man a really strong run from now until Christmas. He’s the captain and a veteran in a team of callow youths. We need him to be performing and setting an example as he has done for so many years up till this point.

Either way, he will get a rest tonight as the youngsters play in the cup. He will be watching Reece James’ performance with interest. The talented kid may one day replace him, but we know Cesar won’t go down without a fight.