​Bayern Munich are expected to complete the signing of Schalke goalkeeper Alexander Nübel when his contract expires at the end of the season.

The 23-year-old, who has been compared to a young Manuel Neuer, established himself as Schalke’s first choice midway through last season, and now captains the side every week in the Bundesliga. 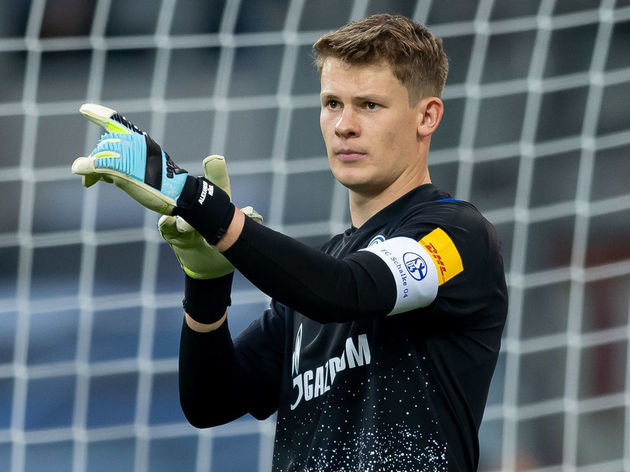 He has now entered the final year of his contract and, according to ​Sport Bild, he is set to reject ​Schalke‘s offer of a new contract in order to seal a free transfer to ​Bayern next summer.

Nübel has proven to be one of the finest goalkeepers in the ​Bundesliga and is widely expected to take over from ​Neuer in the German national team in the not-too-distant future, and he could soon replace Neuer at club level as well.

Now 33, Neuer is undoubtedly approaching the twilight of his career. Bayern have begun to put faith in many young players, such as Niklas Süle and ​Serge Gnabry, and they appear to be preparing for life after the veteran goalkeeper.

Neuer’s current contract expires in 2021 and recently admitted that he will consider leaving Bayern when he feels he is no longer wanted.

Should Nübel follow in Neuer’s footsteps and leave Schalke for Bayern, it is likely that the young German would push for a place in Niko Kovac’s starting lineup. He has made 32 senior appearances for Schalke, and many fans believe that he is already good enough for a place at Bayern.

However, replacing Neuer is certainly not a decision which Bayern will take lightly. Since joining the club back in 2011, the German has made 347 appearances for the club and has won seven Bundesliga titles. Widely touted as one of the finest goalkeepers around, Neuer has been vital to the club’s success in recent years, but it appears as though they could be preparing for a new era with Nübel in goal.