Arsenal could save £29million on top transfer target next summer

Arsenal could land RB Leipzig defender Dayot Upamecano for a knock-down price next year, according to reports.

The 20-year-old is one of the most highly-rated young players in Europe, having played 78 times for the Bundesliga side since joining from Red Bull Salzburg in 2017.

As reported by L’Equipe (via The Mirror), the Gunners made an offer of around £50million in the last transfer window for the centre-back.

That bid was knocked back as the German side wanted a fee closer to the France Under-21 international’s £82million release clause. 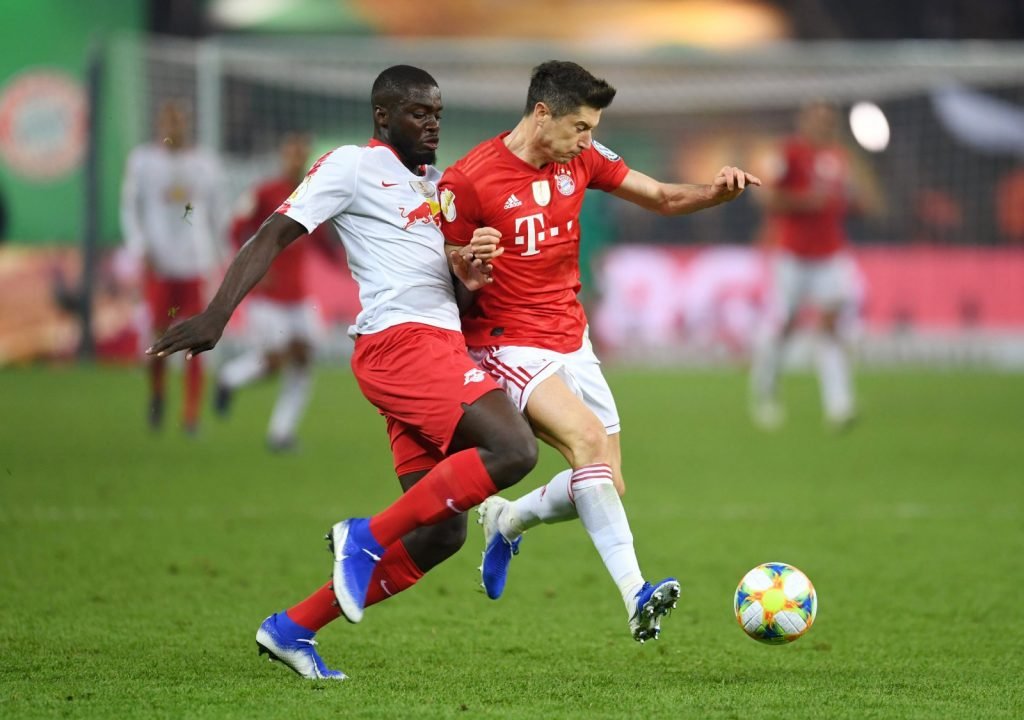 Upamecano in action against Bayern Munich.

However, it’s claimed that Upamecano’s release clause will be cut to £53million next summer if he fails to pen a contract extension.

This means that the North London side could land their target for close to the money they wanted to pay a few months back.

Despite landing David Luiz on Deadline Day from Chelsea, Unai Emery’s side have struggled at the back once again this term, conceding 11 times in their opening seven matches.

There’s no doubt that by signing the talented Upamecano, the Spanish boss will be bolstering his defensive options.