Dele Alli’s late goal rescued a point for Tottenham in a 1-1 draw with winless Watford, but it does not mask another dismal afternoon for Mauricio Pochettino’s men.

Spurs were on course for a 15th defeat in their last 30 games in all competitions until Alli scored for the first time since January in the 86th minute, despite a faux pas by VAR officials, who originally showed a message of ‘no goal’.

Tottenham had lost 7-2 to Bayern Munich and 3-0 to Brighton before the international break, but this was every inch as bad as they fell behind to an early goal by Abdoulaye Doucoure.

In fact, Watford, who lost 8-0 to Manchester City three weeks ago, could have won comfortably had they been more clinical on the break, but they were denied a memorable first three points of the season and the first of Quique Sanchez Flores’ second reign. 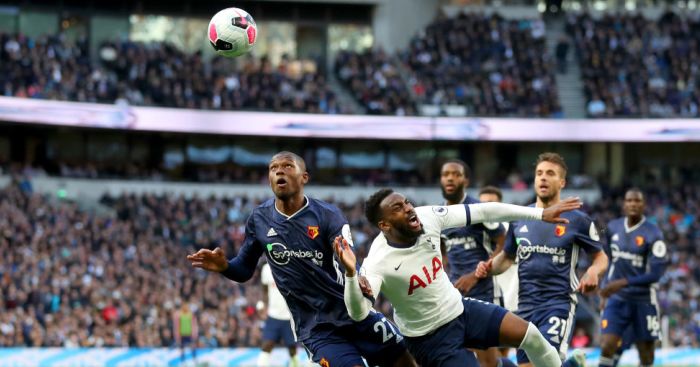 For Spurs, even though they rallied for a point, it appears the rot has set in and on the evidence of the last few weeks, this is a team that has simply run its course under Pochettino.

The players or the tactics are no longer working and the same old problems were laid bare in a dismal first half, where Watford quite possibly could not believe their luck.

After Danny Welbeck limped off inside the opening three minutes, things got much better for the visitors as they took a sixth-minute lead.

Danny Rose misjudged a long ball, which allowed Daryl Janmaat in down the right and his brilliant cross was swept home by Doucoure from 12 yards.

It was a superb move from Watford, but huge questions need asking about Spurs’ defence. 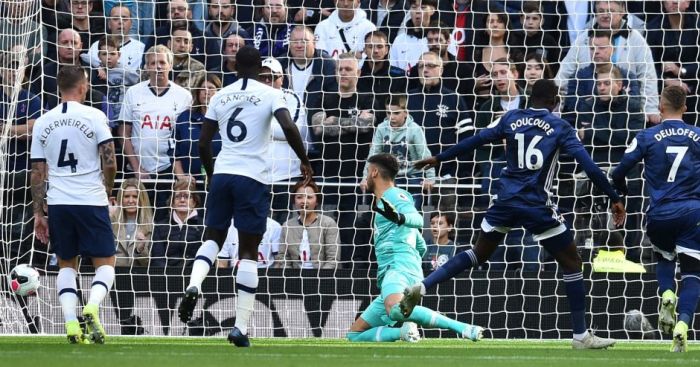 It was the worst possible start for the hosts, given their time-old problem of breaking down teams who pack the defence, which the Hornets unsurprisingly did.

Newcastle won here doing exactly the same in August and this turned out to a carbon-copy as Spurs looked clueless as to how to break their visitors down.

Indeed, Alli’s shot, which went straight to Ben Foster, was their only effort on goal and it could have been even worse had VAR decided to award Watford a penalty after what looked like a clear trip ob Gerard Deulofeu.

Pochettino responded by bringing Son on at half-time and he almost had an instant impact as he cut in from the right and fired in a thunderous shot, which Foster did well to tip on to the crossbar.

That ought to have been a catalyst for a Spurs onslaught, but they again struggled to show any sort of creativity or craft and if Watford had been better on the break they could have wrapped up the game.

Deulofeu twice got in on goal but chose the wrong option on both occasions and Spurs got away with it.

It did not look like they were going to make it count as they continued to labour, until a defensive mistake allowed them back into the game.

Kiko Femenia got in the way of Foster, who spilled the ball, allowing Alli to chest it and then convert.

VAR had a look for handball, but the goal was awarded, even if the screens in the stadium showed the decision as ‘no goal’ after referee Chris Kavanagh had signalled a goal.

Spurs threw everything forward in an attempt to find a winner they would not have deserved, but they fell short.