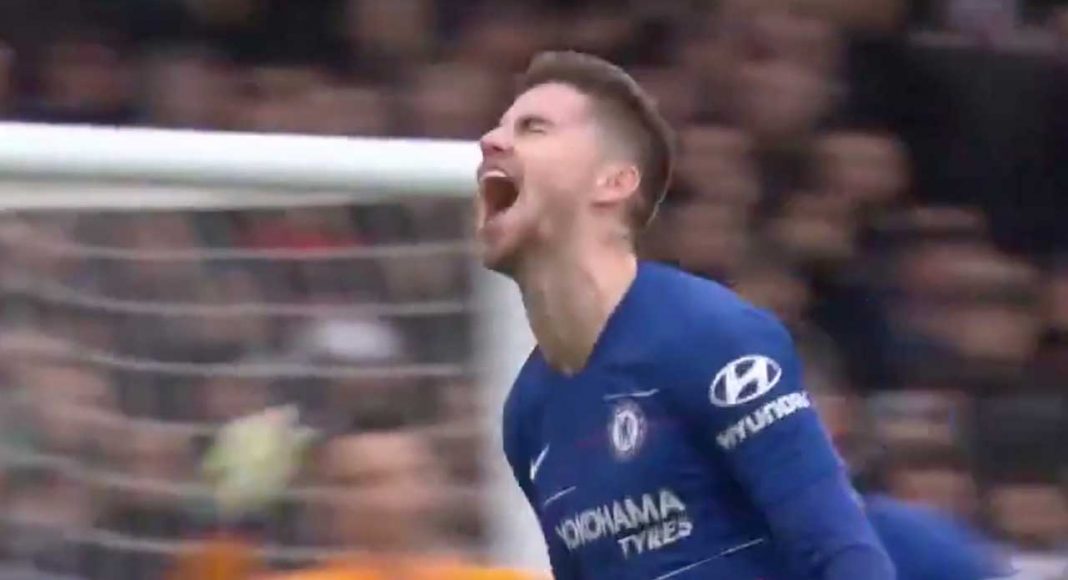 Frank Lampard has confirmed today that midfielder Jorginho is his official vice-captain of Chelsea for the season.

Lampard confirms Jorginho is our vice-captain. He reiterates what a good character he is around the place and says it’s important to note how much his English has improved. #SOUCHE

This is a justified and deserved decision for a player who took a while to win over a section of Chelsea supporters who were booing him last season.

Jorginho was wrongly used as a scapegoat by some Chelsea fans who didn’t enjoy the football being implemented by Maurizio Sarri. Because both arrived from Napoli and Jorginho was used as the centre-point to his style of play, many pointed blame towards the player as well as the manager.

Fast forward a year and he has now become one of the most important players for Frank Lampard, and the club’s vice-captain.

So what are the key moments that helped him to mould Chelsea fans opinions on him? In May Jorginho picked up a head injury against Frankfurt in Europe and it did something to him, almost like it turned him into a warrior.

Before the incident, many had doubted his physicality and desire on the pitch, but since this happened he turned into a real lion, fighting for every ball and playing like an animal.

This was the first time fans had seen the real fight that he has inside him and brings to his game. This was a real turning point.

Not leaving with Sarri and backing Lampard.

So many people expected him to leave with Sarri and go to Juventus with him this summer, but he did the opposite. He stayed at Chelsea and even publicly spoke about being happy there and never having a thought to leave. His agent also reiterated that.

He then went further and publicly backed Lampard and the football he is trying to implement this season, really showing his support for the new regime.

Jorginho has always been a leader on the pitch being vocal and controlling the play, but this made him standout as having a top mentality and started making doubters realise that he could be captain material.

Being let off his leash under Lampard.

This is key for me. Sarri had Jorginho very restricted in his role, he was to play in that deep midfield position, receiving the ball and making short passes in order to keep possession. This is what he had grown so used to doing at Napoli and was good at it.

But under Lampard he’s been given a license to go forward more and largely playing as part of a double pivot. Lampard also wants more long balls forward and switch plays, so Jorginho has been able to show off his long passing range as well, which is excellent.

But most of all, we have seen him show more energy, intensity and desire to fight for every ball, and fight for the badge.

When he arrived he barely spoke a word, but now his English is pretty good, putting him in a more comfortable position on the pitch and at the training ground. This will only bring more positives for him.

He isn’t just a quality player anymore, he’s a quality CHELSEA player doing all he can to represent the badge.

Before it felt like he was just doing his job, but now it feels like he’s going above and beyond for the team and the fans.