Former Tottenham Hotspur manager Harry Redknapp has said there is no chance of the current incumbent of the role, Mauricio Pochettino, being removed from his job.

Spurs have suffered an inconsistent start to the season, which has already included a Carabao Cup exit to League Two side Colchester United and a harrowing 7-2 defeat to Bayern Munich in the Champions League.

That form has piled pressure on Pochettino, with reports even claiming ex-Manchester United boss Jose Mourinho is keeping an eye on his situation as he eyes a return to management.

However, any talk of a dismissal for Pochettino seems to be premature at the moment, with the club said to have confirmed their faith in him.

And Redknapp echoes those beliefs, outlining what the Argentine tactician must do to turn things around – while confirming that his prediction of Spurs finishing in the top three has not changed.

When asked by the Daily Mail if Pochettino could soon lose his job, Redknapp replied: “Yeah, absolutely, that is not going to happen.

“I don’t know if they’ve overachieved. They should be finishing in the top three with that squad, that’s where they should be, there’s no doubt about that in my opinion.

“But to get to a Champions League final was great for them. It was great to see them reach the final.

“At the start of the year I really thought Spurs would push Man City and Liverpool a lot, lot closer. Tottenham have got a great team, with Harry Kane, Dele Alli, Son – I thought this could be their year.

“But it’s been a disappointing start for them for sure and they need to turn it around quickly, but I still think they’ll finish third.” 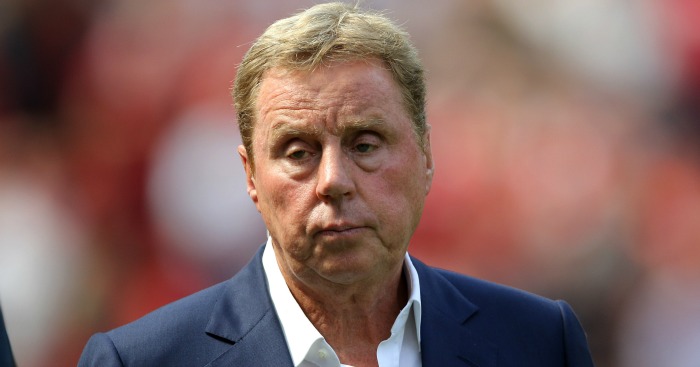 “They’ve got a great group of players. It’s some squad, if you go through it, I don’t care what anybody says I don’t think there’s a lot between that squad and Liverpool’s and Man City’s squad[s], I really don’t.

“If you put Pochettino, or you put Pep [Guardiola] or [Jurgen] Klopp and let them go and manage Brighton or manage Norwich or Sheffield United, they’re not gonna go and put them in the top six, it doesn’t work that way.

“It’s about the players. He [Pochettino] has got the good players but at the moment there’s been hiccups – one of two of them are not playing to their real potential or as good as they can.

“It’s his [Pochettino’s] job now – it’s not about coaching or getting on the training pitch with systems and that – it’s about getting in their heads and convincing them how good they are again and getting a good spirit and atmosphere around the place and start winning some matches.”

Redknapp was also asked if he had any regrets about his own managerial career, and picked out one club who he wishes he could have coached.

“If I had one club I’d love to have managed it would have been Liverpool. I loved them.

“I can see them winning the league this year. Give them the title and give it to them now. I’ve had a big bet and I think the bookmakers should pay me out!”

Get the latest personalised Spurs products on our new TEAMtalk Tottenham shop!