Ole Gunnar Solskjaer’s decision to let Alexis Sanchez and Romelu Lukaku leave Manchester United this summer will be one they come to regret.

That’s according to former Liverpool and Tottenham midfielder Danny Murphy, who believes United were wrong to let the forward duo leave this summer and that Sanchez in particular would have had the bit between his teeth to prove himself this season and could have been a star reborn this season had the club stuck by him.

Sanchez’s 18-month nightmare with Manchester United ended over the summer as he joined Inter on loan with an option to buy, and already he appears to have forgotten Old Trafford after admitting he has “fallen in love with football again”.

However, Murphy believes United were wrong to cast Sanchez and Lukaku aside so soon and believes the decision could come back to bite them on the behind.

“Some serious questions need to be asked on how United let both Lukaku and Sanchez leave without being replaced,” Murphy told Sportingbet. “There’s next to no strength and depth at the club, so there’s not much they can change.

“The pressure is starting to pile up on a select few players to deliver and that pressure increase after every loss.

“It was a big mistake letting Sanchez leave. He hadn’t had a great time at United, but I feel [Jose] Mourinho played a big part in that and this could have been a fresh season for him.

“He’s not a player that had to prove himself, everyone is aware what he can deliver when firing on all cylinders.

“In these situations, you need to have your experienced players in the changing room and United have lost two big figures in Sanchez and Lukaku, without replacing them.” 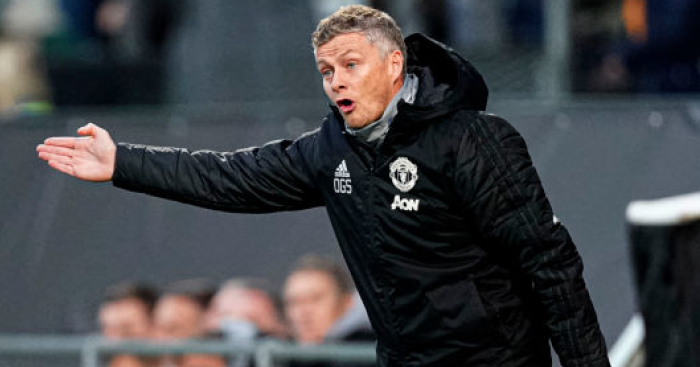 United go into the weekend down in 10th place in the Premier League following their worst start to a season in 30 years and will face a Newcastle side clearly fired up by Steve Bruce on Sunday.

But Murphy believes big trouble could be on the horizon for Solskjaer after the international break when they take on league leaders and arch-rivals Liverpool, with a potential heavy defeat raising serious questions over the Norwegian’s credentials.

“Solskjaer could be in a lot of trouble if Utd take a serious beating from Liverpool after the international break,” Murphy added. “Every player and member of staff is in the spotlight and every decision and action is being judged. It doesn’t matter who United play now, every game is as big as the next.

“Man Utd need every player fit if they’re to stand a chance of getting some consistency back. Without Pogba, Martial and Rashford all playing at the same time, they look very average.

“The Liverpool game will shine a light on how much these players really want to turn the club around.

“Playing Liverpool isn’t just about the three points, it’s getting one over your rivals and making a statement.”

« Liverpool v Leicester: Follow all the action LIVE on TEAMtalk
Inter vs Juventus: 6 Classic Derby dItalia Games Ahead of this Weekend »