Predicting the Chelsea Starting XI to Face Southampton on Sunday

​Frank Lampard’s young Chelsea side are starting to show that they can be more than just a promising team. Having pushed Liverpool all the way two weeks ago, they have won three games on the trot since, and are starting to build some much needed momentum.

They will look to continue that run this weekend when they travel to the south coast to take on Southampton.

Here is how the side are expected to line-up for their final game before the international break. Kepa Arrizabalaga (GK) – The Spanish goalkeeper remains Chelsea’s first choice by some margin. Has only been rested in the Carabao Cup this season, so will take his place between the sticks once more.

Cesar Azpilicueta (RB) – Chelsea’s captain played on the right hand side of a back three in midweek, but has largely operated from right back this season, and should return to his more familiar position here. The experienced full back has been criticised for his performances at times during the early stages of the campaign, but remains an important part of this team for now.

Andreas Christensen (CB) – Christensen has not been an ever-present this season, and it was a slight surprise that he was left out in midweek. However, he has rarely been left out twice in a row, and should regain his place for this match. Fikayo Tomori (CB) – Arguably Chelsea’s best defender this season so far. Having entered the season some way down the pecking order, Tomori has excelled under Lampard in recent weeks and was rewarded for his impressive performances with an England call-up earlier this week.

Marcos Alonso (LB) – With Emerson Palmieri out until after the international break, this appears a simple call for Lampard to keep Alonso as his left back. The 28-year-old had a difficult campaign last year, but has looked a little more settled this season. 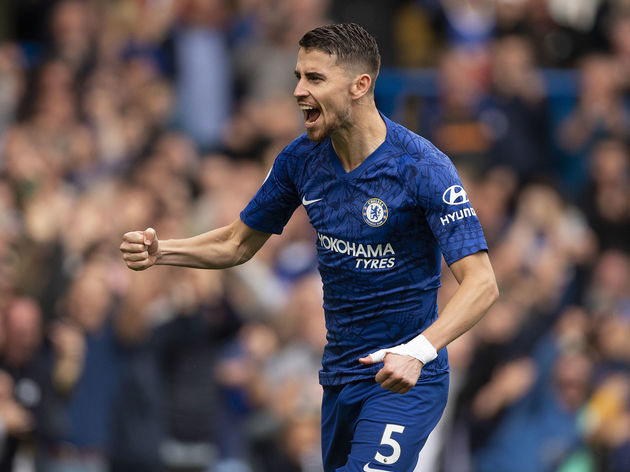 Jorginho (DM) – The Italian playmaker was often made the scapegoat last season when Chelsea went through some difficult periods under Maurizio Sarri. However, Lampard clearly has plenty of faith in him as well, and he is starting to win the supporters over too.

N’Golo Kante (CM) – It has been a frustrating, injury riddled, start to the season for the World Cup winner, as he has only started two Premier League games thus far. Yet he was able to get through a full game in midweek, and he should be ready to start again here.

Mateo Kovacic (CM) – Has not started any of Chelsea’s last three games in all competitions, yet with Lampard expected to revert back to a 4-3-3, this should be the time to re-introduce the Croatian midfielder who started the season strongly, but has had a quiet past few weeks. Willian (RW) – Scored an outstanding winning goal in midweek to get Chelsea up and running in this season’s Champions League. Yet to show his best under Lampard, but should retain his place down the right wing.

Mason Mount (LW) – Another young English player who has been exceptional for Chelsea this season. Can create and score goals, and has made his second consecutive England squad this week. Quickly becoming indispensable in this side.

Tammy Abraham (ST) – Had gone through a quiet period by his standards prior to the midweek game against Lille. However, he got his name back on the scoresheet on his 22nd birthday, and retains the faith of Lampard. Was also deservedly named in England’s squad on Thursday.

« Seven young Championship loanees who could have big futures in the PL – PF
Video: Barcelona Release Trailer for Their Upcoming Behind the Scenes Matchday Documentary »