Unless you have been living under a rock for the last few months, you will know that Manchester United aren’t doing too well.

They have been unconvincing in defence, but it is their frailties going forwards which have left fans most concerned. The team just aren’t creating chances, and that was on full show during Sunday’s 1-0 defeat at the hands of Newcastle United.

The attacking trio of Marcus Rashford, Daniel James and Andreas Pereira all struggled to get involved in the game, so the rest of United‘s squad were forced to try and step their game up in attack. 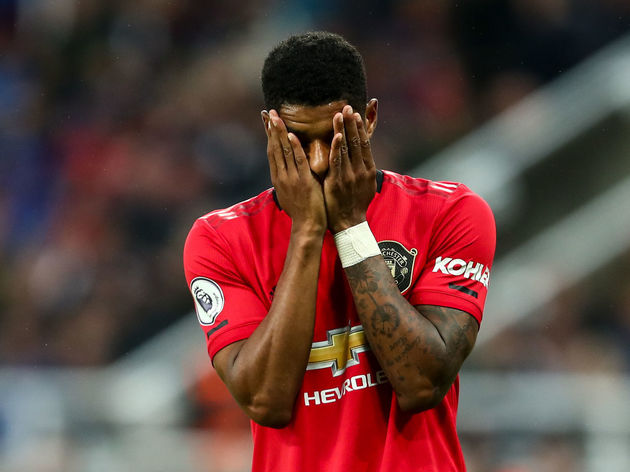 As noted by ​Opta, no United player had more touches in the opposition box or attempted more shots versus ​Newcastle than defender ​Harry Maguire. You know, the big £80m centre back, the guy whose job is to do everything apart from attack.

It took Rashford until after half time to record his tenth touch of the ball during the game, in which the England international looked completely out of his depth. The 21-year-old is currently enduring his toughest spell as a senior, and he looked powerless to save himself.

Yes, you can point to the injuries which have ravaged United’s squad recently. ​Anthony Martial, ​Paul Pogba and ​Jesse Lingard have all been out, but the Red Devils are supposed to have enough about them to cope.

United have scored just nine goals all season, four of which came in the opening day victory over ​Chelsea. That’s one of the worst records in the league and behind the likes of ​Norwich City, ​Aston Villa and ​Wolverhampton Wanderers.

Understandably, those ​struggles in front of goal have led to poor results. United’s tally of nine points from their opening eight games is their worst start to a season since the infamous 1989/90 campaign, in which United ended up finishing 13th. 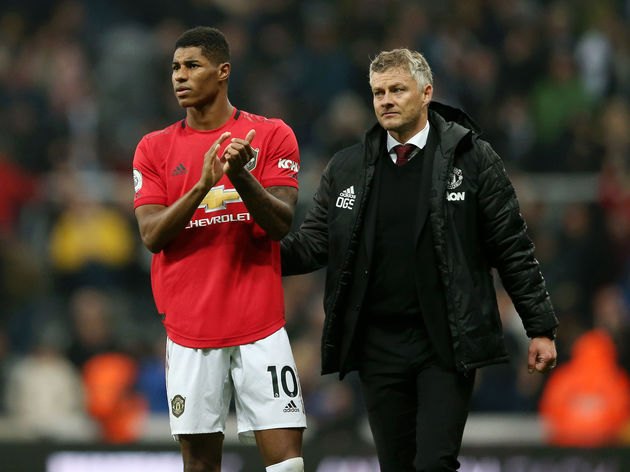 They currently sit 12th in the standings, but they are just two points above the relegation zone. After eight games, United are a mid-table side who are closer to the drop zone than they are to the top four.

There have been call from fans to change everything at the club, from the executives, to the manager, to the players. Ole Gunnar Solskjaer is under immense pressure, and there may only be one way out.