It feels strange to say, but Manchester City lost a game this month. They only won two of three games in the Premier League. Six points from a possible nine. Disaster.

Despite a record-breaking win against Watford and a grinding triumph at Everton​, September resulted in the Citizens falling a further three points behind rampant leaders Liverpool.

To be honest, for many a club, this wouldn’t be bad. But for the standards that the reigning champions have set, it wasn’t an ideal month. Let’s have a look at how it unfolded.​ 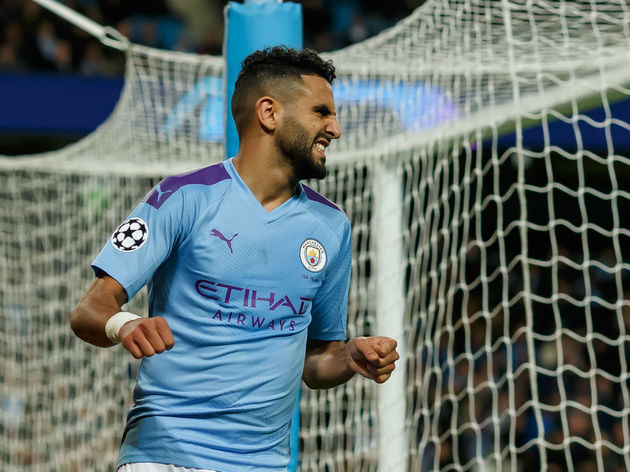 Kevin De Bruyne would have been the easy choice for a second month running, after a string of impressive performances. However, ​Riyad Mahrez has been exceptional, and the Algerian magician has seemingly solidified himself as a regular in the starting XI.

He didn’t start in the loss at Norwich, but he made amends for that with fantastic showings in his next two. He scored one and assisted one against Watford, then put in a man of the match display against Everton, where he also scored a brilliant free-kick.

Pep Guardiola needed someone to step up in Leroy Sane’s absence and Mahrez has been that man. Oleksandr Zinchenko has struggled. He looks like a lightweight in this ​City team. The 22-year-old has filled in at left-back for some time now in the absence of Benjamin Mendy, but it just isn’t going well right now.

Against Norwich, he was appalling, as he was run ragged and constantly caught out by the Canaries’ forward line.

He was then rested against Watford, but came back into the team for the Everton game and was once again poor. Seamus Coleman and Richarlison were all over him, and he struggled to add anything offensively either.

Mendy is back now, and Guardiola will undoubtedly be hoping that he can keep fit for the foreseeable future. This is surely a no-brainer. An 8-0 thumping of Watford – which broke a number of records – was definitely the standout performance.

After the loss against Norwich, City bounced back with a demolition job, including five goals inside the first 18 minutes. Five. Incredible.

David Silva, Sergio Aguero, Nicolas Otamendi, De Bruyne and Mahrez all scored, as well as ​Bernardo Silva, who grabbed himself a hat trick.

A phenomenal display from the champions. This was the first time in a very long time that Manchester City had looked, well, calamitous.

Defensively, John Stones and Otamendi were utterly woeful, while Kyle Walker and Zinchenko weren’t great either.

Norwich ripped them open at the back, putting three past Ederson in goal.

Goals from Aguero and Rodri nearly salvaged a point, but it would have been undeserving and served as a wake-up call to Guardiola about the defenders he has at his disposal.

De Bruyne’s thumping strike against Watford has to go down as City’s best goal of the month.

The Belgian received the ball from Mahrez on the left side of the penalty area, took the ball into the box, then hammered it viciously into the roof of the net, leaving Ben Foster with no chance.

A thunderous goal from a truly sensational player. 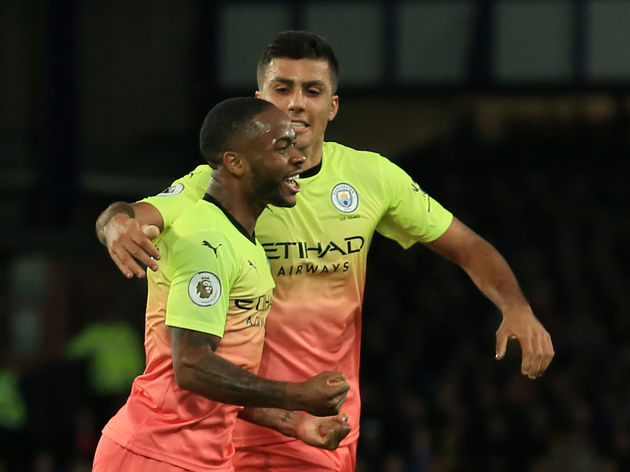 Despite that win against Watford, City have been far from impressive in the other two games. Defensively, without Aymeric Laporte, they have looked shoddy to say the least.

However, you can’t be too critical when they have lost just the one game, and a win at Goodison Park is always a good result during a Premier League season.