Love it or hate it: #MVFNewsround

MAN v FAT Football was featured by none other than FIFA this week, with the footballing giant featuring inspiring stories from across the MVFF leagues, including Amazing Losers Dan Church and Dave Oh, who between them have lost almost 200lbs(!). A massive congratulations to the guys featured, and a big thanks to FIFA for the shoutout as part of their #welivefootball campaign. You can read the feature over on the FIFA website here.

New league klaxon! MAN v FAT Football launches in Durham on the 3rd April – and thanks to our partnership with Durham council, you’ll only pay £8 a month to play. Head to the Durham website to sign up now.

If you’re interested in making the switch to eating more plant-based meals but struggle with options when out and about, this is a handy guide to going veggie and vegan at different fast food places. Spoiler: if you’re looking for a vegan option at KFC, you might be in the wrong place. See the guide here.

A woman gave herself food poisoning by not cooking beans properly – you might think that beans, such as white beans (which are delicious in casseroles, just fyi) are a safe enough choice when it comes to food poisoning, but actually you need to make sure you cook them properly to dodge the dodgy tum. This woman, who put the beans in a slow cooker which didn’t cook them properly, requested that her name be changed because she was that embarrassed about her mistake, apparently. Read the story here. 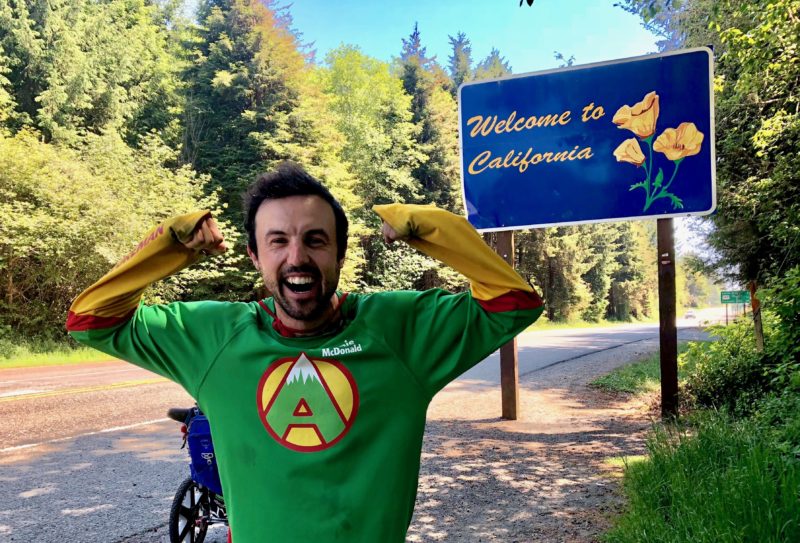 ‘Professional adventurer’ Jamie McDonald has completed an epic run across America, raising over $200,000 for sick kids. Jamie, dressed as his alterego Adventureman, completed 210 marathons in a year, running a whopping 5,500 miles and livestreaming on his Facebook page.

Jamie’s global goal is to ensure no child goes without treatment they need but can’t access or afford. He raised money for hospitals in each state he ran through, as well as the registered charity he co-founded and volunteers his time for, Superhero Foundation. It grants money to families for treatment they might not otherwise be able to afford – you can donate here.

He says, “My body is in pieces. I can feel the aches of every single one of those steps – but I wouldn’t change it for the world, and could not be more thankful for the support I’ve had and continue to receive.

“I’ve run through freezing rainforest downpours and the Arizona desert summer. I’ve been caught up in a freak flood that devastated a town, camped in places surrounded by bears, cougars, mountain lions, spiders and snakes – if I didn’t have video proof even I’m not sure I’d believe me!”

He’s going to take a ‘few weeks’ off(!) before getting stuck in to another challenge to beat the world record for distance run on a treadmill. Blimey. You can follow his progress on Facebook here. 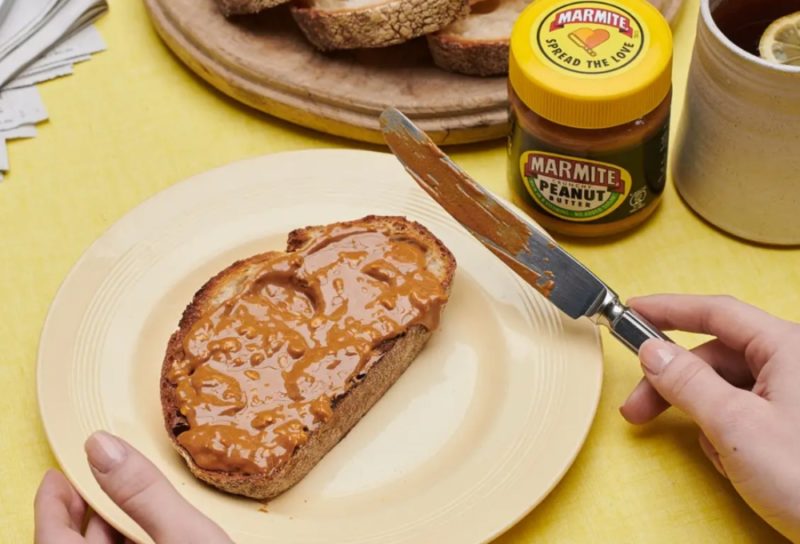 Marmite and peanut butter – a match made in heaven? Er, maybe. I am cringing at this because I hate both marmite and peanut butter, but this might be right up your alley if you’re looking for a savoury twist to your usual PB. Marmite recommend smearing it on crumpets, sourdough or just eating straight from the jar if that’s more your bag. 15g (or one tablespoon) is 86 cals. At the moment, you can only get it from Ocado, but it will launch everywhere else from the 7th April. 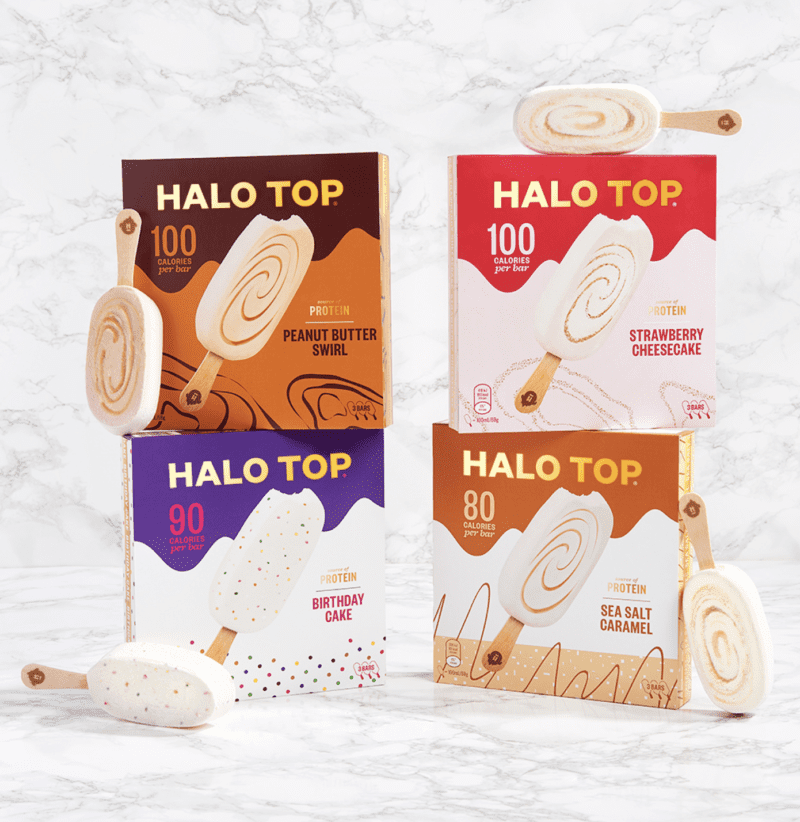 As the weather gets nicer and we bask in the spring sunshine, we’re about ready to start living on ice cream again. And ice cream favourites Halo Top are launching ice cream sticks to make their already much-loved low-cal ice cream ‘snackable, portable and ready to go wherever and whenever’. The sticks range from 80-100 cals and will be available in selected Tesco stores from April.

Quote of the week 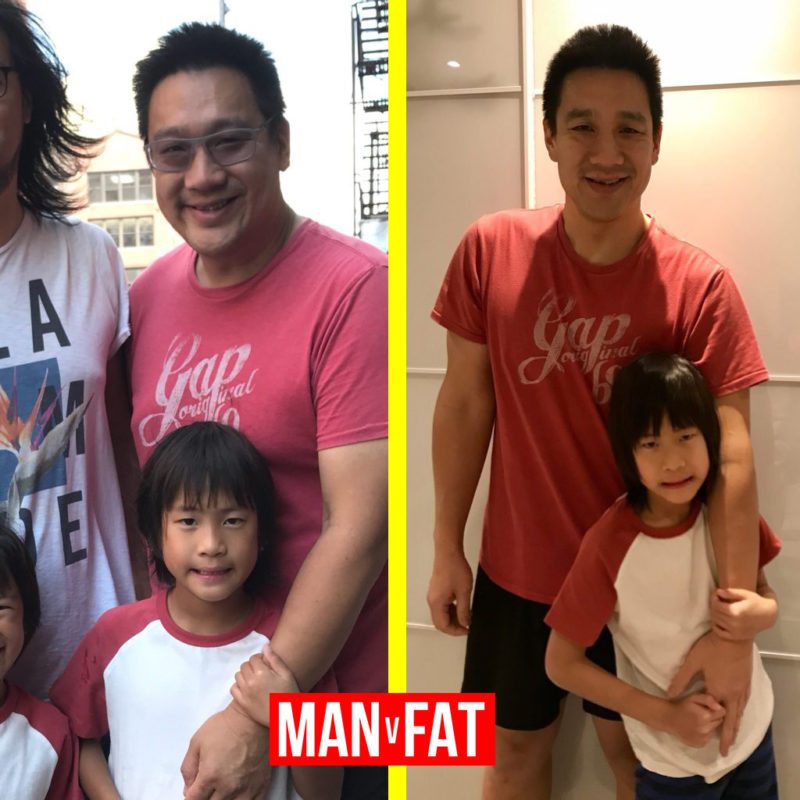 “My doctor told me I’d be dead within ten years”

« Honey And Weight Loss; The Negative Effects.
5 simple ways to cut down on kitchen waste »