Loris Karius has cast doubt over his future at Besiktas, instead explaining that he is “still under contract” at Liverpool and could return after his two-year loan spell. 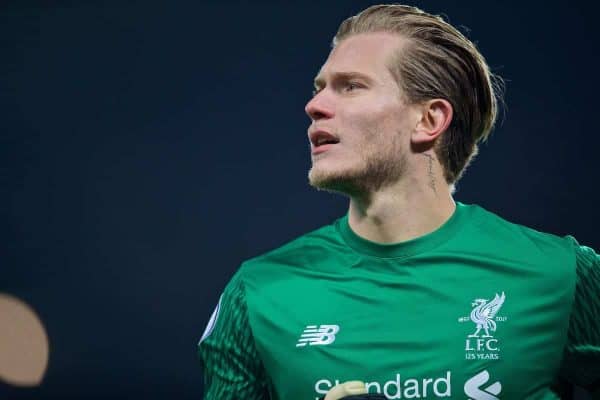 Besiktas are obliged to sign Karius for £7.25 million next summer if he reaches a certain number of appearances for the club and they qualify for European football.

But while the 26-year-old remains an unpopular regular in Istanbul, with Abdullah Avci’s side 16th in the Turkish Super Lig after six games and bottom of Group K in the Europa League after two, the latter is not guaranteed.

It appears to be a situation Karius is at ease with, as speaking after the 1-0 defeat to Wolves in midweek, the German he gave no indication he was planning to stay.

Instead, he assessed his options with a reference to his contract situation at Liverpool, having signed a one-year extension before leaving in 2018, which ties him to the club until 2021 with an option for another 12 months.

“I have a loan until the end of the season and then I will see, back to Liverpool or somewhere else in England or somewhere in Germany, you never know,” he explained.

“Right now my focus is on playing games here every week and then we’ll see.

“I’ve enjoyed my time here. Of course if you play in England you are a bit more in the spotlight, but it’s a good club here, of course with some problems now and then.

“It was not always easy the last year-and-a-bit since I’m here but overall the first season was quite good.

“The Premier League is the best league so it’s interesting of course but also I am still under contract at Liverpool, so maybe I’ll play for Liverpool again, you never know.

“It’s difficult to say now. If it’s not Liverpool it will be another decent team I am sure, so I am not worried.”

There is little hope for Karius at Liverpool, of course, but he could present a difficult situation for the club if he does return from Besiktas in 2020.

His damaged reputation, post-Kyiv, may limit interest despite his clear qualities as a goalkeeper, while there should be no room for him in Jurgen Klopp‘s squad, which boasts Adrian and Caoimhin Kelleher as backup to Alisson.

Beyond that, Kamil Grabara is honing his talents on loan at Huddersfield, while Vitezslav Jaros and Jakub Ojrzynski are being nurtured as long-term prospects and Fabian Mrozek is expected to join from the FC Wroclaw Academy.

If he rejoins the Reds after his two-year loan with the Black Eagles, it could be a summer spent finding a new club as Liverpool attempt to recoup the fee they had agreed with Besiktas.