Liverpool edged Salzburg in a game of brilliant moments one minute and poor play the next, as a 4-3 scoreline entertained fans but maybe not managers! 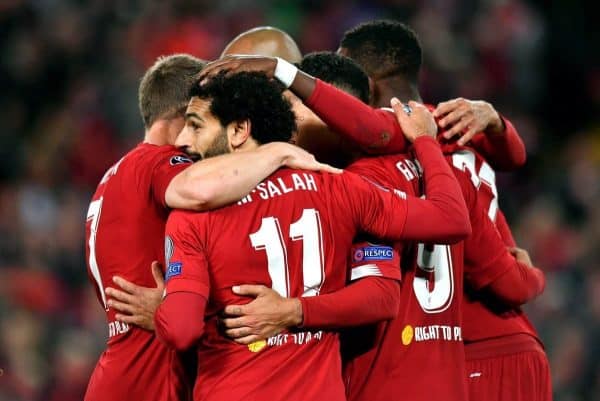 Good save from Hee-chan Hwang when called upon after half an hour. Maintained concentration and got plenty behind a powerful shot at his near post.

Might have narrowed the angle some more for the first goal but it was well finished by Hwang.

Lucky to get away with a loose pass to Joe Gomez which almost deflected in off Patson Daka.

Doesn’t look like he can bail the team out, Alisson style, if his defence are floundering.

Looked dangerous in attack and was given plenty of space in which to work by the Salzburg system.

A cross to Roberto Firmino early on might have produced more, but Jerome Onguene got a slight touch which was enough to put off the striker.

His cross for Andy Robertson‘s goal couldn’t be defended, though.

Played some part in the second-half sloppiness, but was far from the worst offender.

Did some really good things, and some really bad things. Had more defending to do than Van Dijk because…why would any attacker take on Van Dijk?

Lets a ball go over his head in the buildup to Salzburg’s third, and is caught out of position having given a foul away for the second, but also made four interceptions and five tackles, which in many games is a good defensive display.

Wasn’t as bad as some will say he was, but it can’t be said he had a good game either.

Gets dropped to the floor by Hwang for the first Salzburg goal, although he was only in that position on the right side due to earlier mistakes by others.

Commanding as usual when defending his own zone, winning a number of headers in important moments.

Salzburg worked their way around him by bypassing his team-mates first.

Started and finished one of those Liverpool moves which epitomise the quick attacking play of a Klopp side at its best.

It was the movement and strike of an attacking midfielder, beginning in the centre of the park and scoring on the edge of the six-yard box.

Gave his shirt to a lad who ran on the pitch at the end. You’d think he’d want to keep it after scoring his first Champions League goal.

Strong in the tackle but sometimes out of position in defence although, as was the case with Van Dijk, this was usually due to a chain reaction from earlier errors.

Won the ball convincingly ahead of Liverpool’s fourth, and had previously played a good pass over the top for Mohamed Salah.

Appeared to be playing a touch wider than usual, almost like he was the furthest right of a four if the formation was a 1990s 4-4-2.

He was involved in a promising exchange with Salah and Alexander-Arnold which put the former in a good position.

Shortly after this he fed an excellent ball to Alexander-Arnold which invited the right-back into space, and this led to the second goal for Robertson. Played a good long ball through for Firmino, too.

But…lost the ball several of times in moments which benefited Salzburg, much to Klopp’s annoyance, and was unfortunate that on one of the occasions he lost the ball, the opposition scored straight after.

Declined in the second half and was subbed as a result.

The shape man and the occasional linkup man. Not quite what he is for the Netherlands where he is The Man for everything.

Completed 100 percent of his attempted passes before he was substituted just after the hour mark.

Looked a threat whenever he managed to get involved, including tapping home the rebound off Cican Stankovic following Firmino’s header.

Moved up front as the lone striker after the formation change and got the goal thanks to a more intentional linkup with the Brazilian.

Zipped around the pitch making life difficult for all the opposition defenders.

Often drifted inside to fill the space left by Firmino.

Opened the scoring with a one-two with the striker which was probably just a blur to those defenders.

Had a rare spell on the right wing late in the game.

Roberto Firmino – 8 (Man of the Match)

Acted as the wall for Mane to bounce his pass off for the opening goal, even if a very precise, inventive wall.

The Salzburg defenders didn’t know who to mark as he kept dropping deep, and then he became the actual No. 10 in the second half.

The change worked because of him, as he was able to send Salah through for the winning goal.

Probably the best defender on the night, as well as one of the best attackers.

Provided some much-needed cover alongside Fabinho and in front of the back four.

Allowed the team to switch shape a 4-2-3-1. Had his name sung by the Kop for his efforts.

A brief outing against his former club as he works his way back. 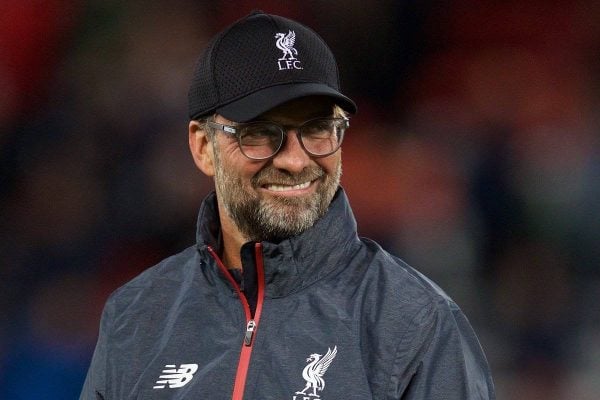 It could be said that the change of shape to 4-2-3-1 won Liverpool the game, as the two important attackers in this system combined for the goal.

There were no issues with team selection, apart from maybe a lack of Keita and Alex Oxlade-Chamberlain in midfield.

The introduction of Milner helped gain slightly more control on this scrappy game.

Klopp may have seen a few players in the opposing lineup who might fit his own system, too.