Italy beat Liechtenstein 5-0 on Tuesday night, as a much-changed Azzuri side made it eight qualifying wins from eight at Vaduz’s Rheinpark Stadion.

There were just two minutes on the clock when Italy took the lead, Federico Bernardeschi arriving inside the box right on cue and slotting home Cristiano Biraghi’s cross. Many might have expected the floodgates to open, but Italy struggled to break their opponents down. 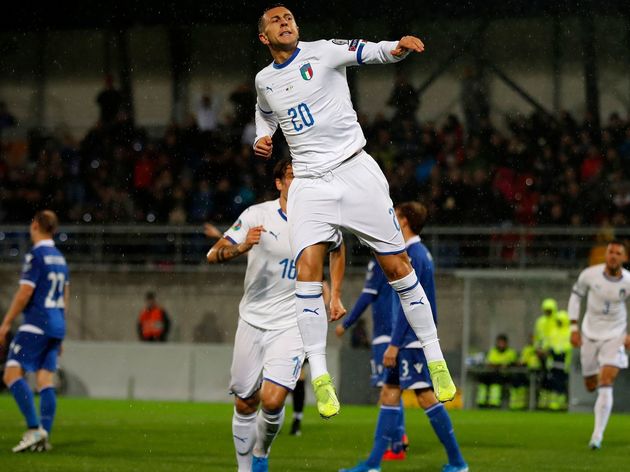 It took a corner for Roberto Mancini’s side to add a second, Andrea Belotti heading home at the back post in the 70th minute.

The hosts visibly began to tire and a deluge of late Italy goals arrived. Alessio Romagnoli’s header put them 3-0 up on 77 minutes, Stephan El Shaarawy’s 82nd minute strike made it four and Belotti’s stoppage time header completed the five-goal rout.

Here’s 90min’s breakdown of the game below.

Italy might have sealed Euro 2020 qualification with Saturday’s victory over Greece, but they were booed off by the home support at half time after failing to register a shot on target. Two second half goals might have meant seven wins from seven fixtures, but the Azzurri fans clearly wanted to be entertained.

Marco Verratti was the only survivor from that side, as Roberto Mancini gave some of Italy’s young guns and fringe players a chance to excite Italian fans.

The game certainly got fans off their seats in the first five minutes, as Liechtenstein created two decent counter-attacking chances either side of Italy’s opener. Sadly, the match immediately settled into a pattern of Italy dominance, resolute Liechtenstein defending and the ball spending far too long in ludicrously crowded central areas. This scene played out for pretty much the rest of the match.

Liechtenstein playing their patented 7-2-1 formation in the downpour today. #LIEITA

What will concern Mancini is just how much his team laboured to find a way past Liechtenstein. As they tried to play through their opponents, Italy failed to move the ball with anywhere near the tempo required to create clear-cut chances.

Even once they’d drained their opponents of energy, their best chances came from crosses into the box. In fact, four of their five goals came from balls into Liechtenstein’s penalty area! A solitary Bryan Cristante through ball fooled their stubborn defence for El Shaarawy’s cool finish. 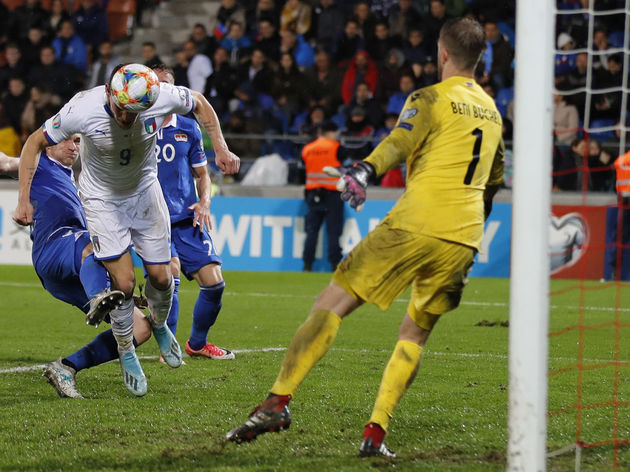 If Italy are to make a serious challenge next summer, they will need their squad players to step up and find ways of breaking down stubborn opponents.

STAR PLAYER – No matter the match, Marco Verratti’s work rate never seems to diminish. With defensive duties at a minimum for Italy’s midfield, the captain was constantly buzzing around the opposition penalty area. He single-handedly tried to raise the tempo, playing give and go passes with the rest of the Azzuri’s attacking six and slotting players into dangerous areas.

Marco Verratti is such an underappreciated player. He sees the game like few others, and has magical playmaking skills matching that vision to create brilliant chances.

​​Liechtenstein got forward a surprising number of times as they countered and the PSG midfielder was the definition of box to box when this happened. He not only dropped deep to help thwart the attacks, he picked up the ball from his defenders and drove Italy back up the pitch.

With a performance like this, it’s easy to understand why he was the only player Mancini felt he couldn’t drop. While some of the squad players failed to cut it on the evening, they would have learnt a lot from the example set by Verratti. 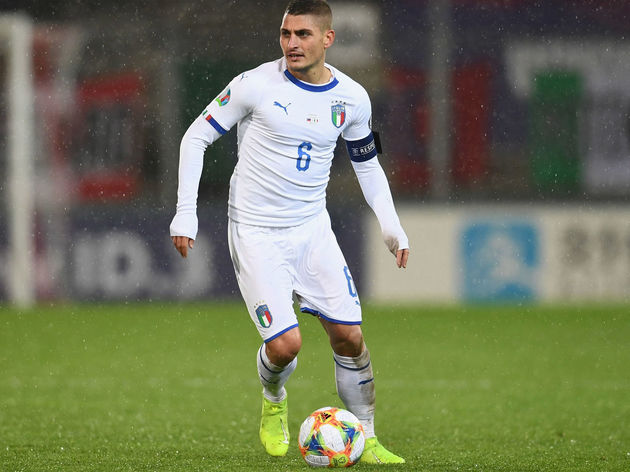