​Tottenham Hotspur have been handed a possible injury boost, with reports that Hugo Lloris did not suffer a fracture to his arm during Spurs’ defeat to Brighton on Saturday afternoon.

Lloris was stretchered off the field in serious discomfort when his mistake led to a Brighton goal, dropping a simple cross on the goalline and landing awkwardly as he hit the floor.

We can confirm that Hugo Lloris sustained a dislocated elbow during today’s match against Brighton.

It appeared that Lloris had caused some serious damage to his arm, and there were genuine fears that the Frenchman had suffered a season-ending injury, but a source has informed ​ESPN that the World Cup winner has ‘only’ dislocated his elbow – Spurs confirming the injury later.

Lloris underwent a series of tests and scans on his arm which have revealed that the 32-year-old has avoided a fracture during the gruesome incident. According to the source, the Spurs shot-stopper is expected to be out of action for around two months, although his lay-off be may longer.

Lloris will travel to Paris to meet the French national team doctor before returning to the Tottenham Hotspur stadium to begin his rehabilitation.

​Spurs boss Mauricio Pochettino claimed that the early injury disrupted his side’s game, and was decisive in their surprise 3-0 defeat to Brighton. 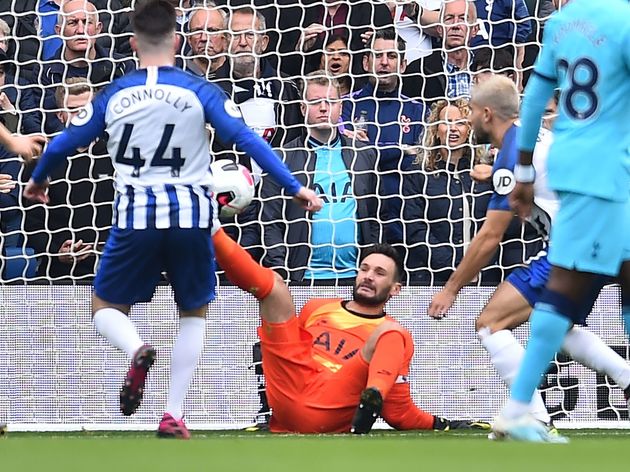 “It was a massive impact after three minutes. It had a massive impact on the game. To concede and lose your captain is a massive impact emotionally and for the team. After 30 minutes it was 2-0 and we tried to find a solution but it was impossible. It’s a very difficult moment but we need to keep going.”

Spurs’ 3-0 loss capped a miserable week for the north London side, after they were on the receiving end of a humiliating 7-2 home defeat to Bayern Munich in midweek, with ​ex-Arsenal forward ​Serge Gnabry grabbing four goals for the away side.

The Lilywhites’ poor run of form means that they sit in eighth in the Premier League table, having claimed only 11 points from their opening eight matches.