We round up the latest Liverpool news on Wednesday, as the weekend clash with Man United fast approaches. 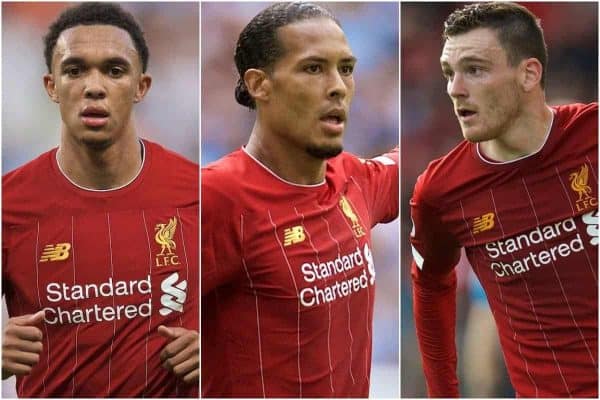 Trent Alexander-Arnold is enjoying a memorable early few years in his career, starring for his boyhood club during a wonderful time to be at Liverpool.

The 21-year-old is surrounded by top-class talent, but it appears as though he cherishes Virgil van Dijk more than anyone.

Speaking to Guinness World Records, Alexander-Arnold hailed the Dutchman as the best footballer he has played alongside:

“He is a world-class player and the best I have played with.

“We benefited a lot last season knowing we have players like Virgil giving us the protection behind us.”

It’s hard to disagree with the right-back, even though he also shares a dressing room with the likes of Mohamed Salah, Sadio Mane and Roberto Firmino.

Dirk Kuyt was a key man in Liverpool’s 2008/09 side, a team that remains beloved by many Reds supporters.

Speaking to LiverpoolFC.com, however, Kuyt believes this current side is better:

“We were very close to success. We just missed a small detail to go one step further.

“With the likes of Stevie and Carra, Mascherano, Torres and many other very good players, we just missed a little something.

“If you see the build-up of the team of Klopp, you see it progressing every time and it looks like it’s now coming to success also in the Premier League. We were a particular team like that, only we couldn’t go one step further at that time.

“Hopefully this team will do it because, in my opinion, this team now on the pitch is even better than ours.”

The Dutchman is spot-on in his assessment, considering the faultless, relentless nature of this side and the quality in its ranks. 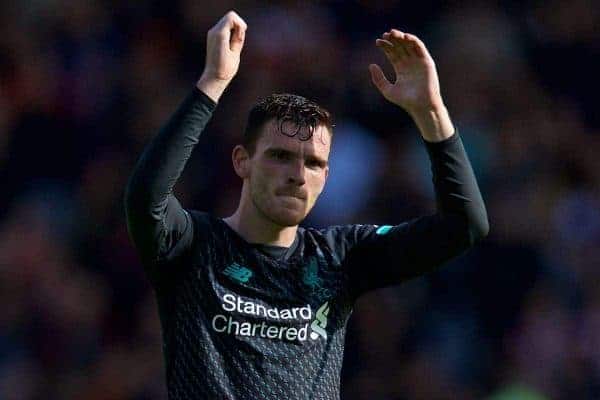 Jose Enrique knows a thing or two about playing at left-back for Liverpool, with the Spaniard an up-and-down performer during his time at the club.

He has been full of praise for Andy Robertson, calling him the best player in the world in his position.

“He is unbelievable. I’ve said it before, for me, last year he was the best left-back in the world,” Enrique told Sky Sports.

“He gives so much to that side. And him and Mane together [on Liverpool’s left] – I wouldn’t want to be on the right side for the other team.”

Enrique also discussed the magnitude of clashes between Liverpool and Man United, saying being in the tunnel and taking part in such a huge fixture always felt special:

“It’s an amazing feeling. I like the pressure when you play for big teams like Liverpool and Manchester United.

“Every player likes the pressure—that’s why they play for these teams—but when you go there you forget about everything.

“You focus on the game and it is a really rough game, a lot of tackles, a lot of intensity but you feel privileged to be there. That is how I was feeling.”

Loris Karius is still trying to repair his reputation, following his disastrous performance in the 2018 Champions League final.

The 26-year-old is on a two-year loan deal at Besiktas currently, where there were rumours that he would have to be kept on when the deal ended.

Those claims have been rubbished by one of the Turkish giants’ presidential candidates, Serdal Adali, who told Beyaz TV, via Sport Witness, that Karius will leave at the end of the season.

If true, it means the German will likely play a part in pre-season at Liverpool next summer, assuming he doesn’t swiftly find a new permanent club.

He has no future at Anfield, with Alisson and Adrian now Jurgen Klopp‘s options in goal, not to mention youngster Caoimhin Kelleher and on-loan Kamil Grabara. 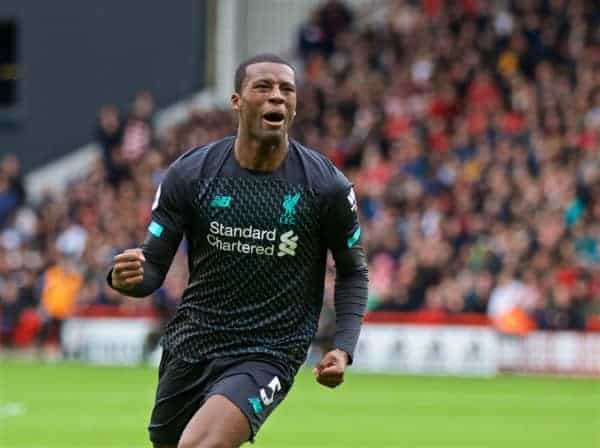 Alexander-Arnold entered the Guinness World Records book for 2020 on Wednesday, having chalked up the most Premier League assists (12) by a defender in a single season.

It is a great achievement by the youngster, but Gini Wijnaldum‘s subsequent social media antics could be even greater!

Needless to say, it went down a storm with Reds supporters, bringing back special memories of that memorable set-piece against Barcelona.

What a team spirit there is at Liverpool these days.