Jurgen Klopp faces a very interesting team selection for Liverpool’s clash against Leicester, with changes in personnel and system a real possibility.

Klopp continues to keep rotation to a minimum, relying on the cohesion and form of a consistent side to maintain the early charge.

It’s likely to be more of the same on Saturday, with this the final match before another international break offers a chance to recuperate.

However, the midweek win over Salzburg showed signs that the core group relied on during the early stages could do with refreshing.

Klopp, therefore, may consider more changes than usual and potentially even a switch of formation after successful reshuffles during the last two games.

Here’s how we predict Liverpool’s starting XI could look at Anfield.

The Reds have been dealt a big blow as Klopp revealed in his media briefing that Joel Matip has not fully recovered from his knock and will miss out, as will Xherdan Shaqiri.

Matip’s absence means Joe Gomez should keep his place, though Klopp did state that the injured duo should be available after the international break.

Better news is that Alisson is finally fit and available again and could make his comeback in goal.

A place on the bench seems more likely given the No. 1 only joined team training for the first time on Thursday, meaning Adrian could make at least one more start.

Those who have made strong impacts from the bench in recent games will hope to be rewarded with a starting role. 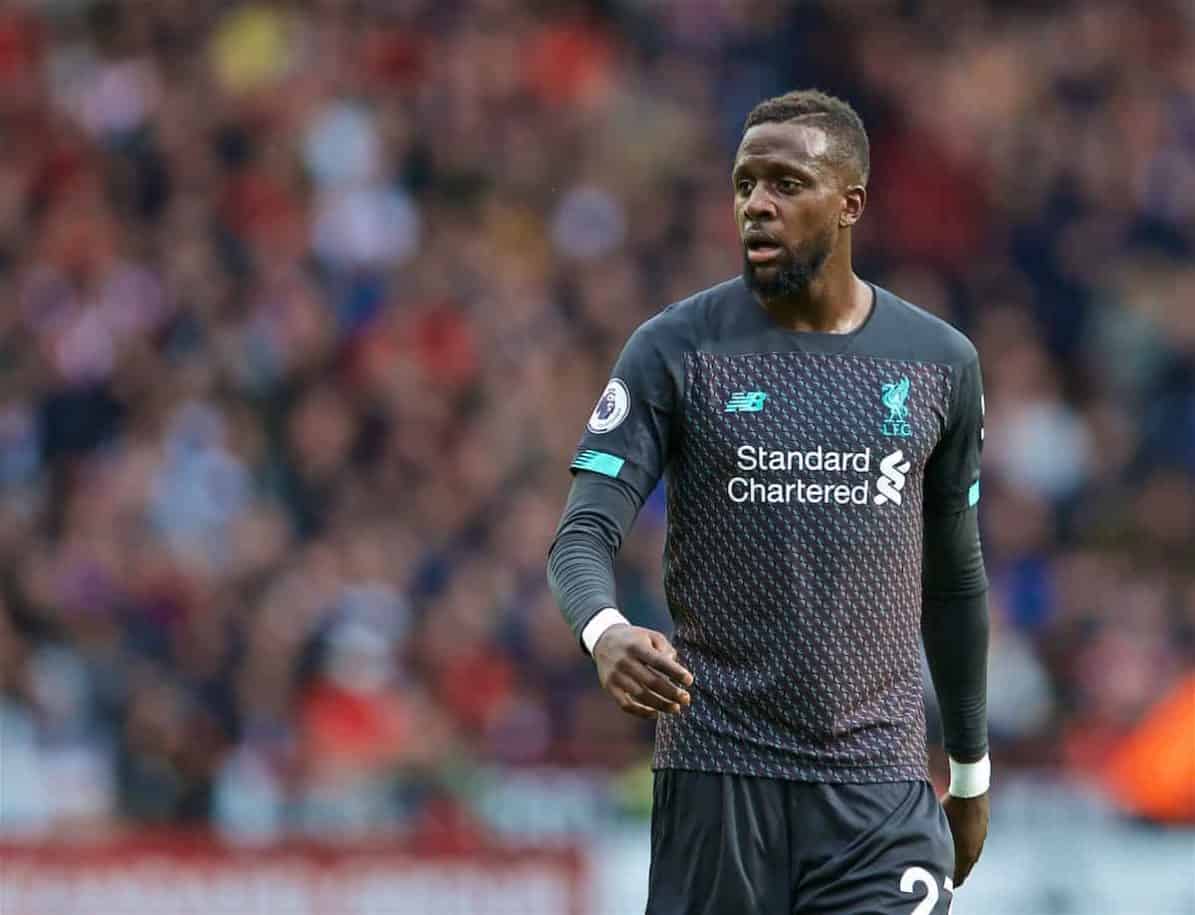 Divock Origi and James Milner are the main contenders to enter given their positive cameos two games on the bounce.

Alex Oxlade-Chamberlain and Naby Keita are also possibilities to freshen up what is looking like a tired midfield department.

It’s difficult to see any other of the backup options being considered for a start.

Liverpool’s XI vs. the Foxes

Klopp has stuck with a largely consistent side in this early part of the season and it has proved key to Liverpool’s perfect Premier League start.

With the chance for rest for some coming up in the looming international break, Anfield is likely to see a similar selection again.

Nothing can be taken for granted against a dangerous Leicester side, and with that also in mind, Liverpool should be at full-strength.

Matip’s absence means the same defence as against Salzburg is likely to feature, while the front three picks itself.

The midfield could see a reshuffle, though, and on Wednesday night’s evidence it is needed with the Reds looking a little short of energy in that area.

Milner will hope to be recalled following his recent solid impacts, while Keita is also ready and would perhaps be the fans’ pick to enter.

But Klopp’s recent assessment that more attacking impetus is required from the middle of the park should see Oxlade-Chamberlain given the nod at Gini Wijnaldum’s expense: 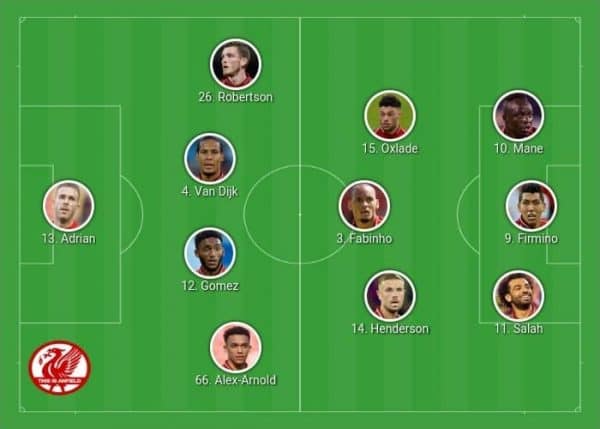 But could this be the game in which Klopp conducts a rare change of formation?

In the last two matches switching to 4-2-3-1 in-game has helped the Reds over the line to important victories.

The system shift was particularly influential against Salzburg—first giving the Reds a grip of the game before inspiring a winner scored by central striker Salah after Firmino’s support work.

Those game-changing impacts won’t have gone unnoticed by Klopp and it could see 4-2-3-1 implemented from the start, with the Reds having appeared more comfortable in that shape.

It would see one key change with Origi entering on the left of the attacking unit, while a second switch could see Alisson return if deemed ready.

The big question then is which duo forms the double pivot?

Fabinho is the certainty, leaving Milner, Wijnaldum, Keita, Oxlade-Chamberlain and Jordan Henderson all battling for the final spot.

In the past we have seen a good balance struck with Wijnaldum alongside the Brazilian, so Klopp could use that previous form to restore that pairing: 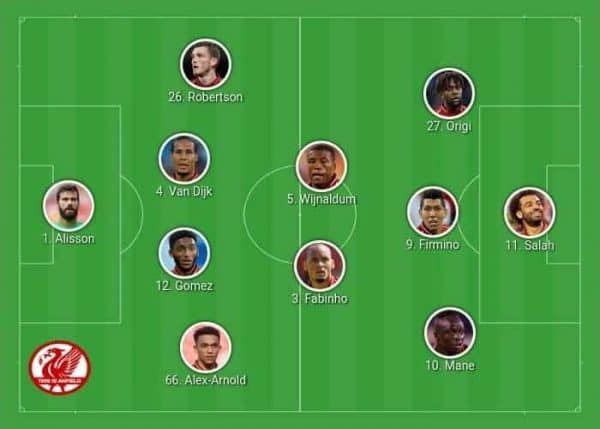 For possibly the first time this season Klopp faces a genuinely fascinating selection and it will be interesting to see where the boss decides to go.

A system change may break the consistency enjoyed so far, but may also inspire a better-balanced performance which will be key to ensuring an eighth straight win is earned.