A whole host of Premier League clubs have been casting a curious eye over the development of Wolfsberger star Shon Weissman, following the Israeli striker’s impressive start to the 2019/2020 campaign.

The 23-year-old left Maccabi Haifa to join the Austrian side this summer and has hit the ground running in his new surroundings, bagging nine goals in eight starts thus far. 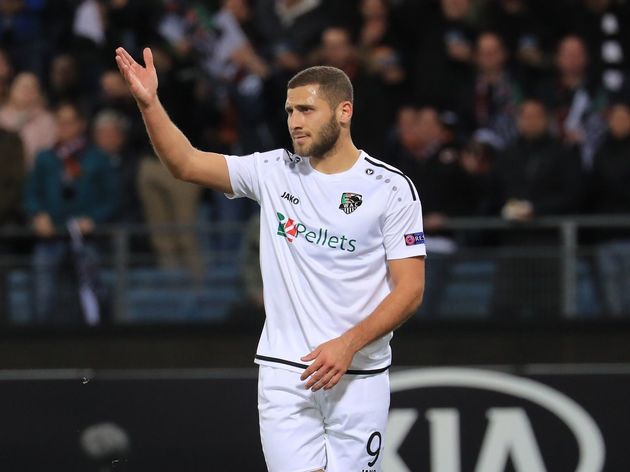 Weissman has been brought to the attention of Europe’s elite thanks to Wolfsberger’s fantastic opening displays in their Europa League campaign this year. The Austrian side battered Wolfsburg in a match which was presumably very confusing to listen to on the radio, before claiming an impressive point against Roma.

90min has learned that some of the Premier League’s top clubs are showing interest in Weissman, with the likes of ​Chelsea, ​Tottenham, ​Leicester and ​West Ham all watching the forward closely over recent weeks.

However, the Wolfsberger attacker has not only caught the attention of England’s elite, as a host of top European sides are also chasing the young forward, and more than a dozen foreign clubs were in attendance as the Austrian side faced Roma on Thursday evening. Wolfsberger are currently sitting in fourth in the Austrian Bundesliga, and Weissman scored in his side’s most recent league outing, a 2-2 draw with Werkssportgemeinschaft Wattens.

The forward’s finest hour in a GAM FC shirt came against SV Mattersburg, when the Israeli hitman bagged four goals in a 5-0 victory, having scored in his previous three league fixtures for his new club.

The 23-year-old could prove to be a shrewd piece of business for whichever club wins the race for the starlet’s signature, and with several Premier League sides looking to improve their attacking options in the January transfer window, Weissman could be the man to provide an exciting alternative to their current forward line options.

« Arsenal vs Bournemouth: 6 Key Facts & Stats to Impress Your Mates Ahead of Premier League Encounter
Foden does not need to leave Manchester City on loan for development – Southgate »