The international break is nearly over, and fans across the globe will be flocking to see their respective club sides in action at the weekend.

But that doesn’t mean there wasn’t a deluge of drama to be found on Tuesday night.

So, let’s not mess around any longer, ey? Here’s everything that happened on the international circuit on Tuesday.

The Republic of Ireland squad knew before Tuesday evening’s clash with Switzerland that a win would be enough for them to seal qualification for next summer’s competition.

However, things got off to the worst possible start when Haris Seferovic fired the hosts ahead in the 16th minute.

I appreciate the effort from players, they all give everything every time they play for Ireland, but none of them are particularly good at football and that’s a pretty big problem.

​And while Darren Randolph heroically saved a penalty in the 77th minute following Seamus Coleman’s dismissal, Ireland couldn’t muster up an equaliser and eventually conceded a second when Edimilson Fernandes’ shot was deflected in off Shane Duffy.

The loss here means Mick McCarthy’s side will have to get a result against Denmark if they are to be sure of a place at next summer’s finals.

One game in particular comes to mind when you mention Ireland and Denmark in the same sentence, and it’s not a particularly nice memory for ROI fans… 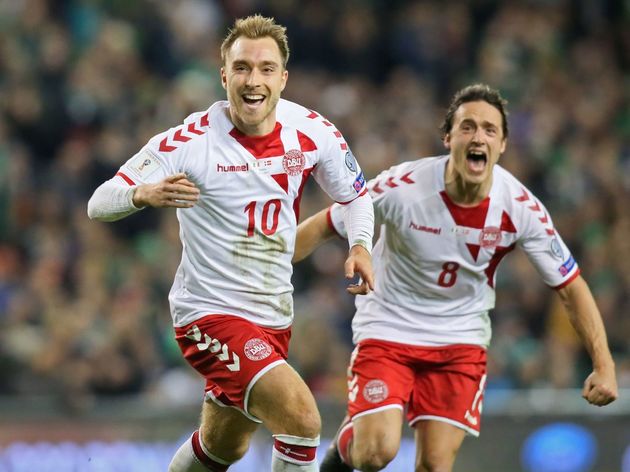 Gibraltar somewhat surprisingly pushed Georgia all the way in the group’s other game, the Crusaders eventually triumphing 3-2.​

Marcus Berg had given Sweden the lead over a La Roja side without Sergio Ramos and who would later lose David de Gea to ​injury, but Rodrigo Moreno’s 91st minute equaliser ensured Robert Moreno’s side scraped a draw.

You can read more about that game ​here. Eran Zahavi has been in scintillating form of late, crashing in goals for fun for both Guangzhou R&F and Israel, and he took his tally in qualifying up to 11 – the most of any player, ahead of Artem Dzyuba, Harry Kane and Raheem Sterling – as the Blue and Whites slapped Latvia 3-1. Italy had already secured qualification for next summer’s tournament and a late surge saw them smack Liechtenstein 5-0.

Federico Bernardeschi opened the scoring just two minutes in, but it wasn’t until the 70th that the Azzurri added to their lead, when Andrea Belotti struck.

Further goals from Alessio Romagnoli, Stephan El Shaarawy and another from Belotti completed the rout. Read more about that game ​here. 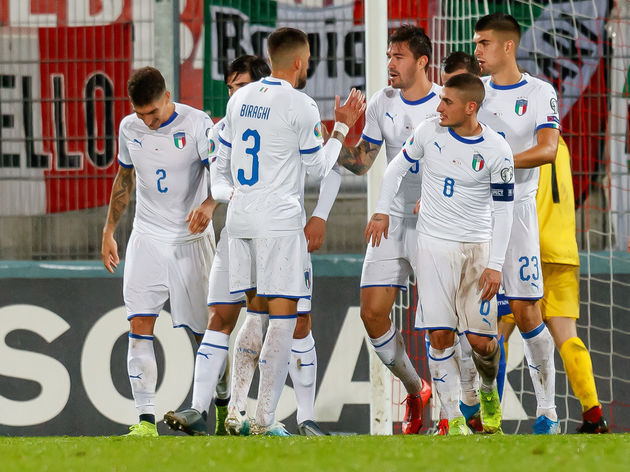 In the pick of the friendlies, Chile were forced to come from behind against Guinea, with ​Barcelona star ​Arturo Vidal scoring what would turn out to be the winner from the penalty spot in Alicante. 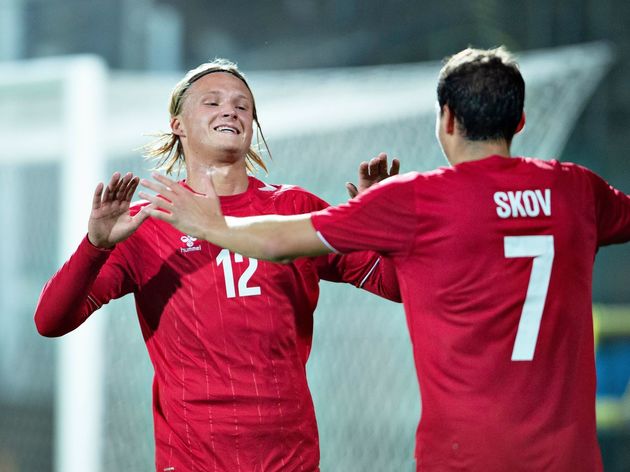 Kasper Dolberg was also in inspired form as Denmark breezed past Luxembourg, scoring a hat trick in a 4-0 victory, former Middlesbrough striker Martin Braithwaite netting the other.