Manchester City goalkeeper Ederson has admitted his side are missing the presence of Aymeric Laporte in defence following the 2-0 loss to Wolves on Sunday.

Laporte is almost universally considered City‘s best defender, but the Frenchman suffered an unfortunate cruciate ligament injury in a challenge with Brighton’s Adam Webster at the start of the season, and is set to be out until at least the new year. 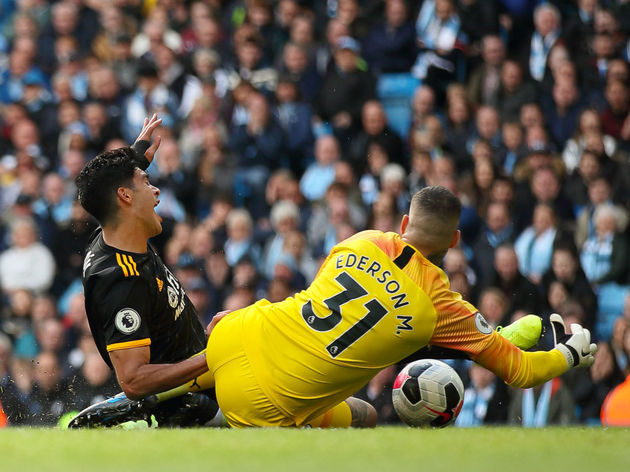 Speaking on the back of Sunday’s shock Premier League defeat at the Etihad, Ederson told the Daily Mail: “It’s very difficult for a team like us having injuries, especially if they all happen in the same position on the pitch.

“We all know about the amazing quality of Aymeric and how good he is in the build-up phase. Of course we are missing him.”

He hastened to add that there were others in the squad who had the ability to cover for Laporte, saying: “We have other great players who can replace him in that position.” 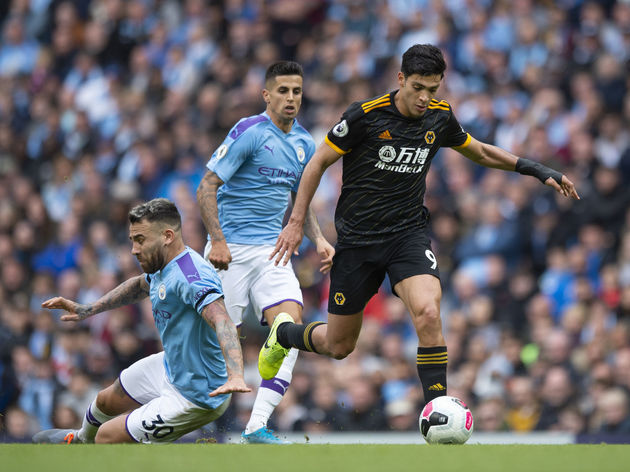 However, he then returned to the reality of the situation, and that reality is that England international John Stones is also out, adding: “Unfortunately, with the injury to John Stones, we have only one natural centre-back.”

That natural centre-back is, of course, Nicolas Otamendi, who looked anything but during Sunday’s sobering loss to Nuno Espirito Santo’s side. The Argentine was found wanting for both of Adama Traore’s late strikes, being run ragged for the first and way out of position for the second.

That defeat, combined with Liverpool’s last-gasp victory over Leicester the day before, means that the gap at the top of the table is now a whopping eight points.

Despite this, Ederson remained positive in his parting statement, urging his side to keep their spirit: “I think the team needs to be mentally strong to carry on playing and winning in the championship.”

And, their collective mentality could be improved by the likely return of Stones for their next domestic clash against Crystal Palace on 19 October.