Confirmed Liverpool lineup vs. Salzburg: Gomez the only change for Champions League

Jurgen Klopp has made one change to his starting lineup as Liverpool return to Anfield in the Champions League, hosting Red Bull Salzburg in Group E. 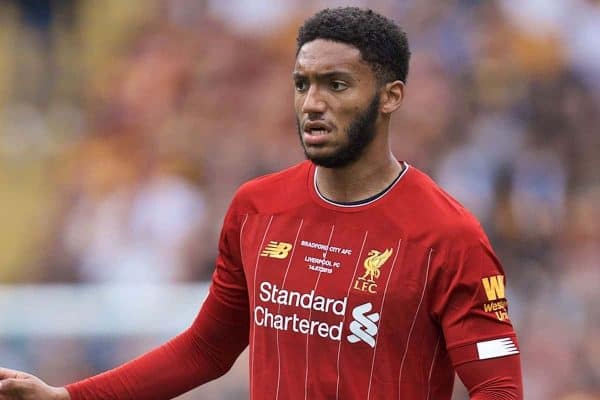 The Reds are looking for a response to their 2-0 loss at Napoli last time out in Europe, and take on a side back in the continental top tier for the first time since 1994.

Salzburg thrashed Genk 6-2 in their Group E opener, and are currently topping the Austrian Bundesliga with eight wins and a draw from their first nine games, including a 4-1 victory at home to Austrian Wien on Saturday.

Liverpool won their last outing, too, theirs being a hard-fought 1-0 at Sheffield United, with the early kickoff providing ample recovery time for Klopp’s side.

This has allowed the manager to retain much of his starting side from that lunchtime at Bramall Lane, including Adrian, who keeps his place in goal as the medical staff remain cautious over Alisson‘s comeback.

Ahead of the Spaniard are Trent Alexander-Arnold, Joe Gomez, Virgil van Dijk and Andy Robertson, with Gomez replacing the injured Joel Matip.

In midfield, Fabinho will patrol in the deep-lying role, flanked by Jordan Henderson and Gini Wijnaldum.

Mohamed Salah, Roberto Firmino and ex-Salzburg man Sadio Mane start in attack, with the No. 10 scoring 45 and assisting 32 in 87 games during his two years in Austria.

Among Klopp’s substitutes are Naby Keita, Alex Oxlade-Chamberlain and Divock Origi, giving the Reds plenty of options to change the game from the bench if needed.

Salzburg’s 17-goal striker Erling Braut Haaland has not been passed fit to start, instead beginning the game on the bench after illness. 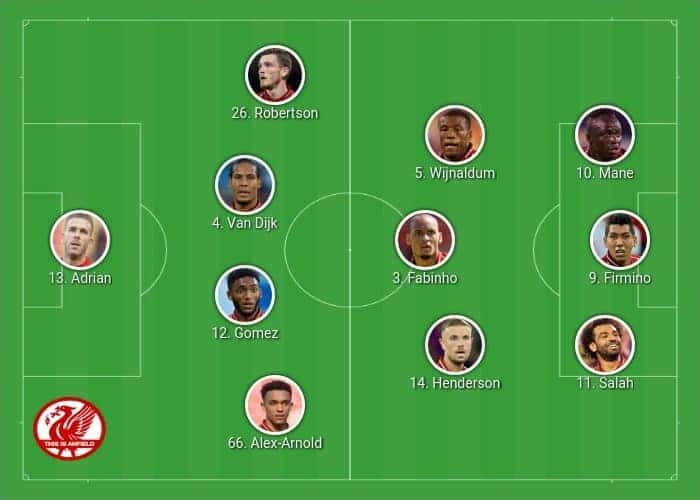