​Chelsea are one of many European sides who have stepped up their interest in Chievo Verona wonderkid Emanuel Vignato.

The 19-year-old winger broke through into the senior team towards the end of the last Serie A season and has remained a key part of their side following their relegation to Serie B.

According to La Gazzetta dello Sport’s ​Nicolò Schira, ​Chelsea sent scouts to watch the teenager in action in the 1-1 draw with Salernitana in late September, and they are currently preparing themselves for a potential transfer battle to sign him.

Schira notes that ​Bayern Munich, ​Milan and ​Inter are all following Vignato as well, so signing him may not be straightforward for Chelsea, not least because of their current transfer ban.

As it stands, the Blues are banned from signing new players until the end of the season after breaking FIFA’s regulations about recruiting youth players, but there is an optimism around Stamford Bridge that that punishment will be lifted in January.

Chelsea are believed to have ​spoken to agents to let them know that they intend to be back on the market by the time the winter window arrives, and it looks like Vignato could be one of the Blues’ top priorities.

The youngster, who has been capped at Under-20 level for Italy, is primarily a right winger, but he has operated in a more central role this season for Chievo, who are struggling towards the bottom of Serie B.

He has long been identified as a potential star for the future. Vignato was prolific at youth level for Chievo, but he is yet to really find his feet in senior football, registering just one goal and two assists in his 21 appearances for the first team. 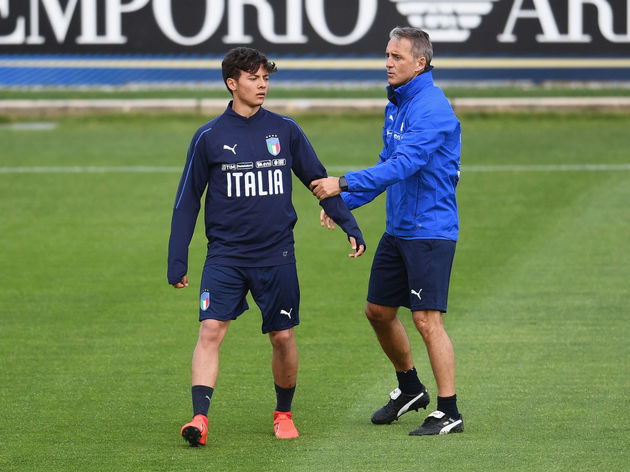 Nevertheless, Vignato could provide some more depth on the wing for Chelsea, especially considering veteran wingers ​Pedro and ​Willian both find themselves out of contract at the end of the season.

As will Vignato himself, so he certainly could be available in a cut-price deal in January.