​Krasimir Balakov has resigned from his position as Bulgaria manager in the aftermath of the scandal surrounding the racist abuse directed at England players when the two sides met on Monday.

England stormed to a 6-0 win, but the occasion was marred by the racist abuse directed towards the Three Lions by sections of the Bulgarian supporters. The game was halted twice in the first half to try to address the issue, with UEFA’s new protocol (which could’ve led it to the match being abandoned) enacted. 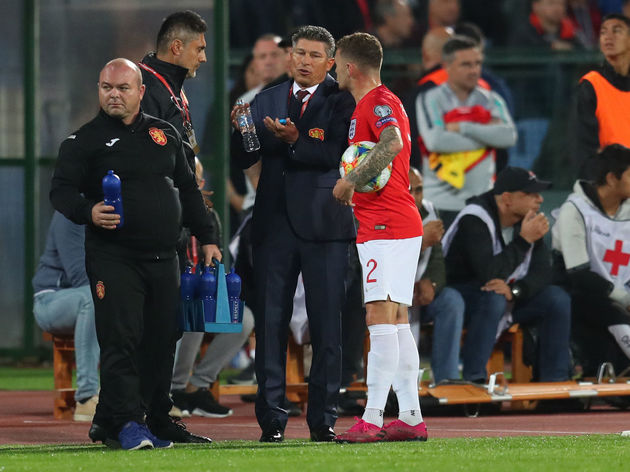 Balakov faced intense pressure after the game, particularly after ​insisting that he did not actually hear any racist abuse during the game, but Bulgarian journalist ​Metodi Shumanov has now reported that the boss has now walked away from his position.

The Bulgarian football association met on Friday to discuss their response to the situation, and Balakov appears to have resigned at that meeting.

The news of Balakov’s departure comes shortly after the president of the Bulgarian Football Union, Borislav Mihaylov, also ​resigned from his position. The Bulgarian government had threatened to withhold funding until Mihaylov left his post, with the country set to take drastic action following the unsavoury scenes on Monday.

Borislav Mihaylov has just CONFIRMED he’s resigning from his position as the president of the Bulgarian FA. ‘My decision to step down has nothing to do with prime-minister Borissov asking for my resignation the day after the game v England. My patience is over!’#BULENG pic.twitter.com/Y50emoLpfM

Before the meeting between the two teams, Mihaylov had written to UEFA to complain about England’s conduct. He felt as though the team were wrong to discuss racism so much in the buildup to the match, claiming that England had been discriminatory by labelling Bulgarians as racists.

He left his post soon after, and he has now been joined by Balakov. There are expected to be more departures, with Shumanov ​adding that the man tasked with finding a new manager, FA vice-president Yordan Letchkov, is also set to walk away in the near future. The defeat left Bulgaria bottom of Group A, with their hope of qualification for Euro 2020 over even before the game.

As for England, they moved three points clear at the top of the group and will hope to wrap up qualification for next summer’s tourn when they face Montenegro in November.