Leicester manager Brendan Rodgers has revealed why James Milner opted to join Liverpool in 2015, claiming the midfielder wanted to win the Champions League at the club.

With Rodgers in charge, Liverpool had finished runners-up to Manchester City in the league in 2014, but struggled badly in the season prior to Milner joining, being knocked out of the Champions League in the group stages and ending the campaign in sixth spot in the Premier League. However, that did not dissuade Milner, who still believed Liverpool could win Europe’s elite competition ​when he arrived just over four years ago.

Speaking as quoted by the Liverpool Echo, Rodgers said: “It’s really, really interesting because he wanted to come to Liverpool. He had won the Premier League, he had won cups. His whole ambition was to win the Champions League and he felt that he would have a better opportunity to win it at Liverpool.”

Milner’s decision was justified when Liverpool won the Champions League back in June, and Rodgers was keen to heap praise on the midfielder who produced a stellar display at the weekend, providing an assist and scoring a penalty to help the Reds to a 2-1 victory over Leicester. 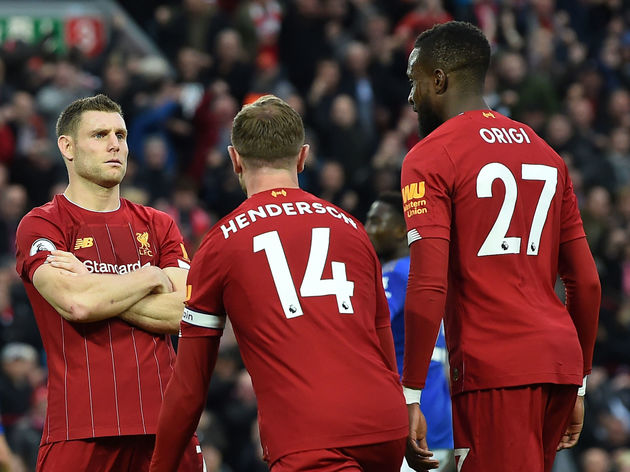 “He was brilliant. Then you see what he has done. He has played at left-back, he has played in midfield. He is just a top class professional and he has done absolutely brilliant for the club,” he added.