​There are no two ways about it, Liverpool have been sensational this season.

But, for all their dominance so far in the league, Jurgen Klopp was content to see the summer transfer window breeze past without adding a big-money signing to his ranks.

While some have praised the Reds over their decision to bring in a number of promising youngsters as opposed to world-class readymade talents, others have criticised in the belief that their squad needed reinforcements.

Nonetheless, although it is still early in the season, we’ve got you covered as we’ve assessed each of the club’s new arrivals’ starts to the new campaign. Van den Berg was brought in for £1.3m from Dutch club PEC Zwolle in the summer, with the club hoping to maximise his potential. The youngster doesn’t turn 18 until December, reaffirming that time most certainly is on his side.

He has already made his debut for the club in the win over MK Dons in the Carabao Cup, coming on with seconds remaining. However, the centre-back has struggled to adjust to life in England thus far, showing frailties in his eight appearances for the academy sides this term.

Van den Berg has failed to adjust to the pace and physicality of the English game, often being dispossessed, while also struggling aerially. Coming from the Eredivisie, some sort of transition period would have been expected and there is no doubt over the potential of the youngster.

However, his early performances indicate that time is required for Van den Berg to adjust to life in England, before we can begin to consider him as a contender for the centre-back slot. 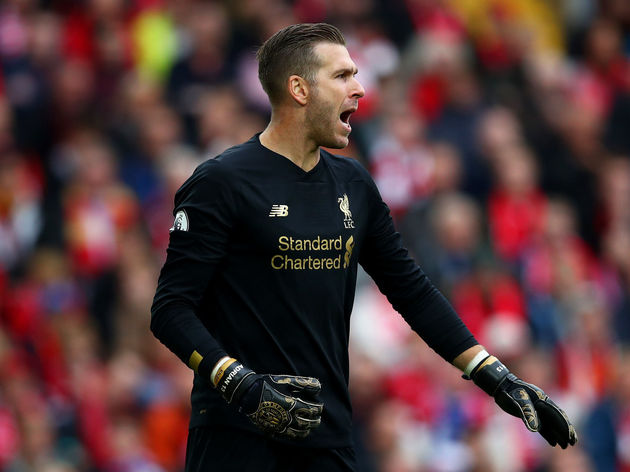 It’s safe to say that few could have predicted Adrian’s next destination as ​Liverpool, following his release by ​West Ham. That’s right, the Hammers reject was picked up on a free transfer due to the injury sustained by Alisson in the opening game of the season against Norwich.

And while he had a few nervy moments in his early performances, he has since proven his worth and his repaid the faith placed in him by the club. The shot-stopper has been called upon on numerous occasions in the opening eight games, helping the Reds to maintain their 100% record in the league. Not to mention, he was the hero in the Super Cup win over Chelsea.

Adrian’s pulled off a string of monumental saves in his short tenure, and although he will soon drop back to the bench when Alisson returns, the Spaniard can be more than happy with his work. It is only those early shaky moments between the sticks that prevent the ‘keeper from getting an A. What were you doing at 16? Whatever it was, is it fair to assume you weren’t playing for the European champions? This kid is special. He’s not even 17 until April…

Elliott became the youngest player to feature in the Premier League when he came on for Fulham last season, aged just 16 years and 30 days old. Since making his move to the Reds, he’s started one game – the win over MK Dons. In fact, he starred. The teenager shone and could very easily have gotten his name on the scoresheet, but it wasn’t to be.

The starlet has been in fine form for the academy sides, and Klopp will certainly look to give him opportunities whenever possible because he is fearless and more than capable. He has a very, very bright future.

The only black mark against his name is that ​he’s been banned from club football for 14 days after he posted an offensive video about ​Tottenham striker Harry Kane.

Initially brought in for the US pre-season tour, Lonergan is absolutely loving life. The veteran was signed due to the goalkeeping crisis at Anfield and while he’s made the bench a couple of times, he’s yet to play.

In fact, the closest he’s come to playing was the match against Southampton, with rumours circulating that Adrian had injured himself in the Super Cup win. The Spaniard ended up retaining his spot and Lonergan wasn’t required.

Did we also mention that he received a medal after the Reds won the Super Cup? No? Oh, well yeah, he did.